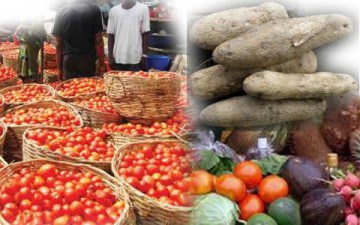 Over 100,000 graduates are to be employed by the Federal Government and drafted to farms in all local government councils across the country, as extension workers to help government actualise its food production drive.

President Muhammadu Buhari and Vice President Yemi Osinbajo at the opening of a 2-day National Economic Council Retreat at the Statehouse Conference Centre on 21st March 2016.

Represented by his Senior Adviser, International Donor Partners, Mr. Auta Appeh, the minister said the initiatives were necessary because government “is doing everything to encourage our youths to take up farming as a business and not as a hobby.”

In his speech, National Programme Coordinator of the International Fund for Agricultural Development, IFAD-VCDP, Dr. Ameh Onoja, said the organisation had constructed roads, cleared farmlands and provided inputs through its matching grants to farmers to galvanise the sector.

Acting Ter Guma, Chief Gbor Igyo, urged government to urgently provide tractors and other farming implements and inputs to farmers if the food sufficiency campaign of the present administration would become a reality.