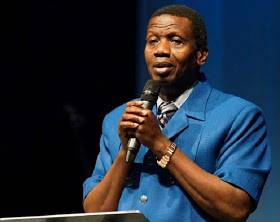 Forbes has revealed the net worth of the General Overseer of the Redeemed Christian Church of God, RCCG, worldwide, Pastor Enoch Adeboye.

According to Forbes, his net worth is valued at between 39 to 65 million dollars. His churches give him at least two million dollars in revenue per year.

Pastor Adeboye and his family own about 65 million dollars, a private jet and several houses.

Forbes also revealed his three top cars ranging from Rolls Royce Phantom, with starting price of $400, 000, Land Rover Discovery worth about $80, 000 and Mercedes Benz Gelandewagen with starting cost of $100, 000.

Forbes also reports that the revered pastor has several houses and at least one in the Great Britain.