Frank Edwards Encourages Follower Not To Return Salary He Was wrongly Paid, Says It’s An Unmerited Favor From God 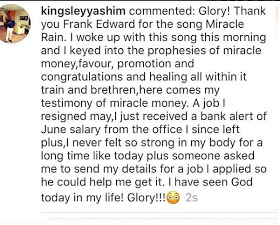 An Argument sparked up after frank encouraged a fan who was paid salary he did not work by his former company not to return the money.
The argument started after  Frank shared a a testimony by one of his fans who prayed to God for miracle and God answered his prayers when a company he resigned from  paid him salary.

An Instagram user dropped a comment under the testimony advising the man to return the money as he didn’t deserve it.
He also asked Frank Edwards to advise the man to do the right thing. However, Frank Edwards replied him saying,

he is the one that needs advise and that the miracle is called unmerited favour.

See the comments below: 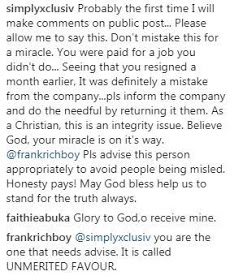 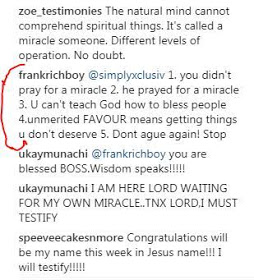 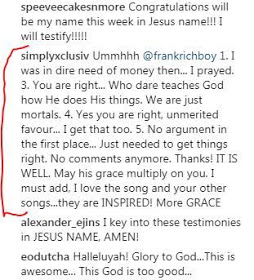