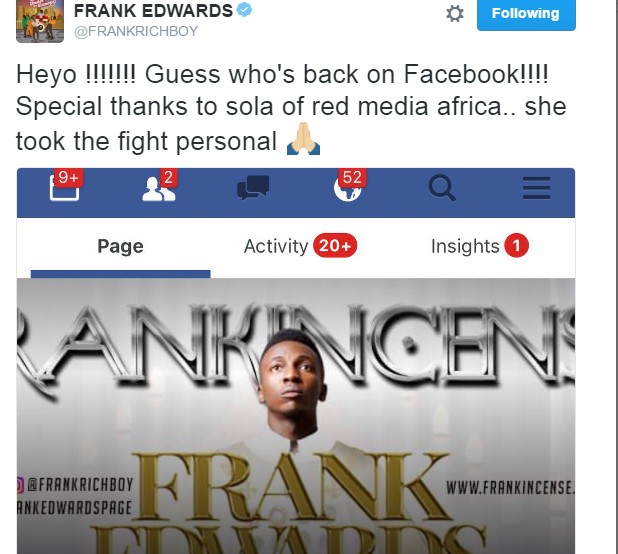 Recall early this week, popular Nigerian Gospel singer, Frank edwards took to twitter to revealed how Facebook Blocked his account after he promised to share some copies of bible to some souls he won..

Well after some heats from the media and the rest, with others terming the popular social media company “Pagan” , the popular gospel singer’s account has been unblocked.

“Heyo !!!!!!! Guess who’s back on Facebook!!!! Special thanks to sola of red media africa.. she took the fight personal”

and he did not forget to thank the lady who helped him get it back, who according to the singer took the fight personal.