Franklin Graham: ‘Hillary Clinton Is Not the Devil,’ but Hell Is a Place Where Millions Go 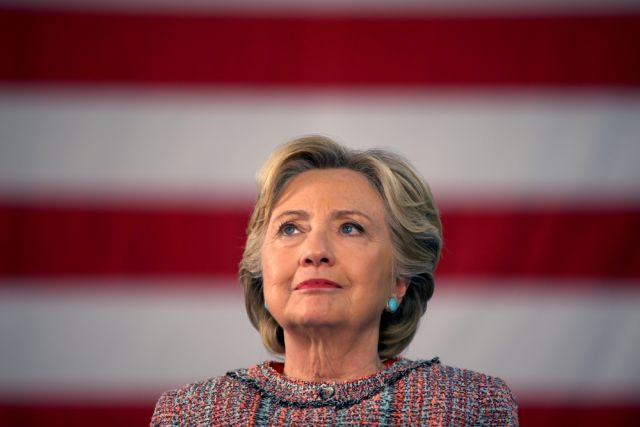 Evangelist Franklin Graham has said that despite what Republican presidential nominee Donald Trump might claim, his Democratic rival Hillary Clinton is not the devil, and warned that Hell is a real place where millions are going.

“Donald J. Trump has said Hillary Clinton was the devil, but I can assure you that’s not the case. The devil is real. Hell is a real place. The Bible says Hell is a place of darkness, a place of eternal torment, a place of ‘eternal fire prepared for the devil and his angels’ (Matthew 25:41),” Graham wrote in a Facebook post on Tuesday.

The Christian Post reported earlier this week that at one point during Sunday night’s debate, Trump called Clinton a “devil” who “repeatedly lies, someone with tremendous hate in her heart.”

Clinton has in turn hit Trump on the recently released tape where he is heard making lewd sexual comments about women, and argued that his campaign is failing, with several Republican leaders, including House Speaker Paul Ryan, stating they can no longer defend the billionaire businessman.

In a 2005 conversation with Billy Bush, who was then a host of “Access Hollywood,” Trump is heard on a hot mic talking about a failed attempt to seduce entertainment reporter Nancy O’Dell.

“I did try and [expletive] her. She was married,” Trump says. “You know I’m automatically attracted to beautiful — I just start kissing them. It’s like a magnet. Just kiss. I don’t even wait,” he adds. “And when you’re a star, they let you do it. You can do anything.” The video was published by The Washington Post last Friday.

Graham, who leads the nonprofit Samaritan’s Purse and the Billy Graham Evangelistic Association, warned that people need to take Hell seriously, however, and considered that people close to him could have ended up there as well.

“Have you ever thought about what it would be like to go to Hell? What it will be like for millions and millions of souls who end up there for eternity? I’ve thought about it. I think of family who have gone to Hell, friends who have gone to Hell. There will be millions and millions of souls weeping, wailing, screaming in the darkness with no one to help them,” he wrote.

The evangelical leader argued that the only way to escape is to “put your faith and trust in Jesus Christ.”

Graham has been highly critical of both Trump and Clinton during the election campaign, and has refused to endorse either. He recently said that Trump’s crude comments in 2005 about women are as indefensible as “the godless progressive agenda of Barack Obama and Hillary Clinton.”

“I have said it throughout this presidential campaign, and I will say it again — both candidates are flawed. The only hope for the United States is God,” he said.

Still, Graham has urged Christians to make a choice on Nov. 8 and decide which candidate promises the better future for America.

“The most important issue of this election is the Supreme Court. That impacts everything. There’s no question, Trump and Clinton scandals might be news for the moment, but who they appoint to the Supreme Court will remake the fabric of our society for our children and our grandchildren, for generations to come,” he said.