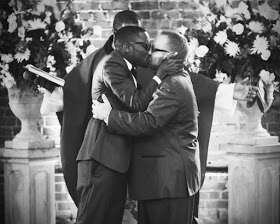 Stephen Wereko, a Roman Catholic Reverend Father,  has warned that if Ghana allows same-sex marriage, the country would incur the wrath of God. He said this during the inauguration of the 40th-anniversary celebration of Catholic Charismatic Renewal Church in Cape Coast and made examples of other nations who have legalized same-sex marriage, saying they became cursed afterwards.

Wereko who is the Head pastor of St Marks Roman Catholic Church Awutu Breku in the Central region said that there is no way Ghana will succumb to the liberalization of the world to accept homosexuality. He advised that the citizens of Ghana should kick against such act, stating that it is an abomination, one that their culture, tradition, and religion frowns at.

He, therefore, called on Christians to voice out because the Bible does not believe in gay marriage and that God created man and woman to be together and not the other way round.