Give N1,000 To Help Make The Life Of An Internally Displaced Person Better – Donate To WeCare4IDPs 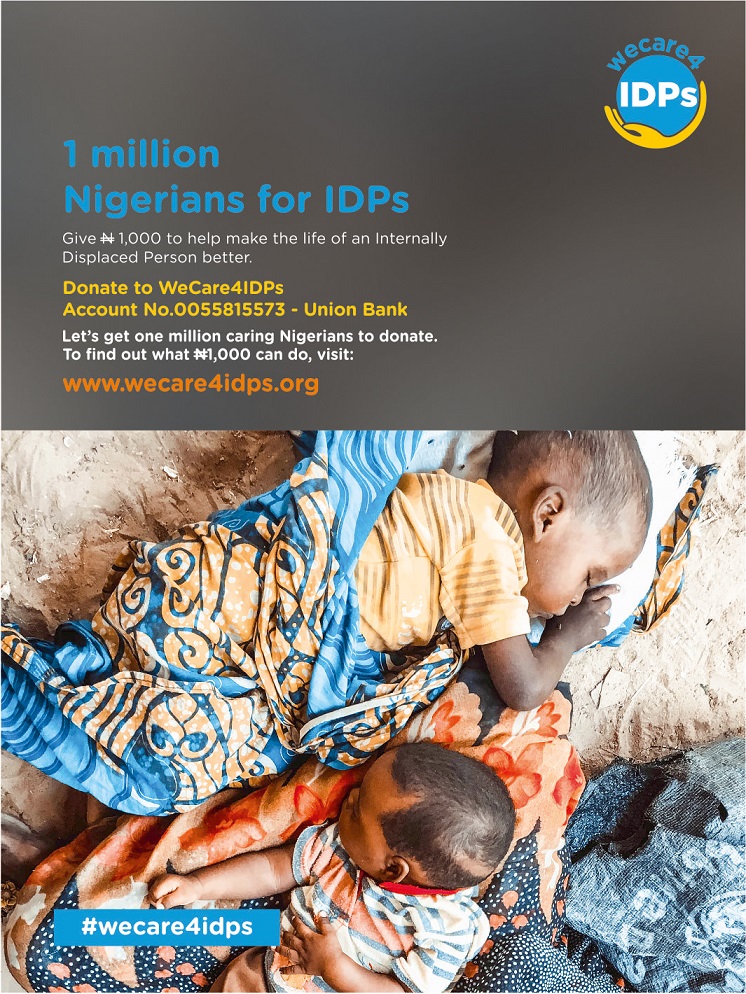 The WeCare4IDPs Initiative, a campaign launched by private organisations and individuals in Nigeria, has continued to raise support among Nigerians for the Internally Displaced Persons in the north-eastern part of the country with the objective of raising N1 billion towards the implementation of key projects in the region.

The citizenship initiative is a campaign to raise at least N1,000 donation from 1 million Nigerians with funds raised to go directly to funding direct impact projects defined in the 2017 Nigeria Humanitarian Response Plan(HRP) developed by the United Nations Office of the Coordination of Humanitarian Affairs (UNOCHA) with the support of theFederal Ministry of Budget and Planning.

Funds raised will be committed towards implementing the projects below in 5 key areas:

Reducing the scourge of malnutrition faced by IDPs, especially children.Preventing the potential for the spread of disease by improving sanitation and access to water.Reducing mortality rate, especially in children, by providing access to improved healthcare.Providing access to basic education for displaced children living in camps and host communities.Re-integrating IDPs into society through economic empowerment and skills training.

It is estimated that more than 8.5 million people have been affected by the insurgency in the North East and require humanitarian assistance. According to the United Nations, over 400,000 children in the camps could be lost severe malnutrition this year. About 6.9 million children and adults are expected to be impacted if the 2017 HRP is fully implemented.

Donations can be made to Wecare4IDPS – Union Bank Account No. 0055815573. Interested partners can also visitwww.wecare4idps.org for more information.