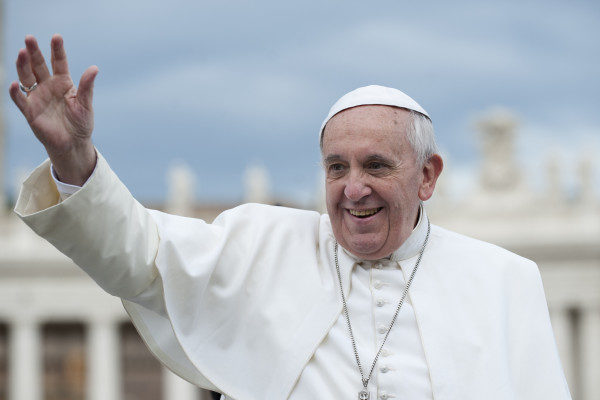 At a ceremony in the Sistine Chapel on Sunday, Pope Francis reiterated his support for nursing mothers to breastfeed their babies in public when they become hungry.

As the Pope was baptising each of the 28 children – 15 boys and 13 girls – some of them began to cry (signalling hunger). Pope Francis joked that “the concert has begun,” adding that perhaps Jesus’ first “homily” was his crying as an infant.

“The ceremony is a little long, someone’s crying because he’s hungry. That’s the way it is,” the Pope said during the service to celebrate Jesus’ baptism. “You mothers, go ahead and breastfeed, without fear. Just like the Virgin Mary nursed Jesus,”

The Washington Post reports that at least one woman nursed her infant.

At the same ceremony in 2015, the Pope said; “You mothers give your children milk and even now, if they cry because they are hungry, breast-feed them, don’t worry,” as he prepared to baptise 33 babies.

In a 2013 interview with La Stampa, the Pope also narrated how he encouraged a woman who was too shy to breastfeed her baby in public

“There was a young mother behind one of the barriers with a baby that was just a few months old. The child was crying its eyes out as I came past. The mother was caressing it. I said to her: Madam, I think the child’s hungry. “Yes, it’s probably time…” she replied. “Please give it something to eat!” I said. She was shy and didn’t want to breastfeed in public, while the Pope was passing. I wish to say the same to humanity: Give people something to eat!” the Pope had said.