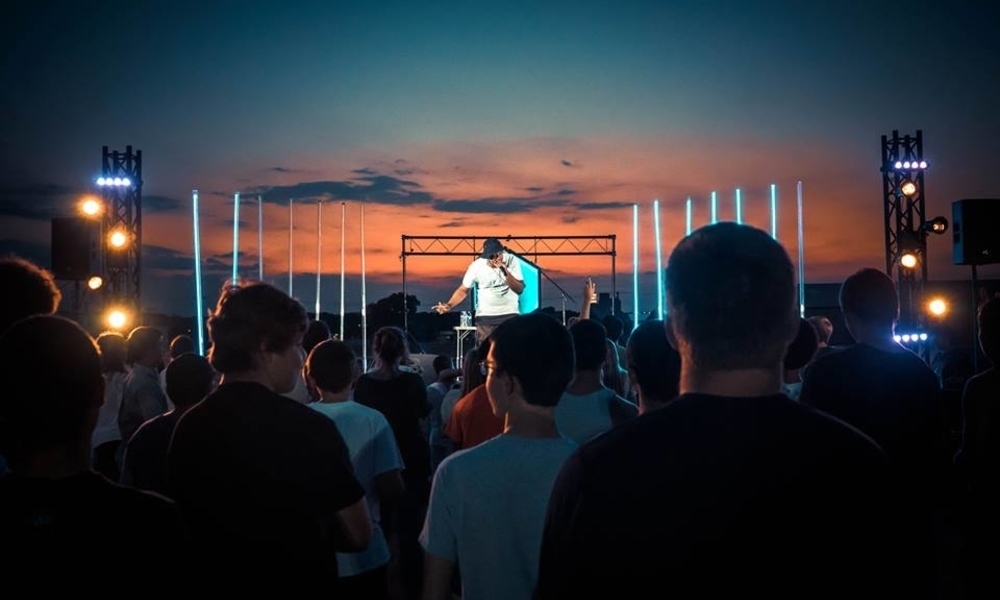 Kadence had a long chat with US hiphop blog about his ministry, music, empowering the community, and how to deal with racial discussions by using empathy. The Christian rapper spoke from the heart and offered up a lot of truths about bringing God to the center of your city.

Kadence’s Die Daily: Annihilationalbum was created to raise awareness and funds for bringing change to the inner-city community of Eastside Oklahoma City. It was released on September 2nd and features Dre Murray, Sean C. Johnson, and others as well as production from YL and DeeOnTheTrack.

The artist views himself as more of an urban missionary than a rapper. He believes his calling is to make a meaningful impact on the people around. More important than getting downloads, is going out and winning lost souls.

“That’s where the Die Daily concept is birthed from,” he shared. “What are you willing to sacrifice? Am I going to chase the rap dream, and everything goes around me while I do that? Or is there a way to find balance in doing both?”

This balance Kadence speaks of is the juggling act between creativity and ministry. He believes they go hand-in-hand because God is the person who manifested these abilities in us, to begin with.

“God doesn’t have artistic limits. If we are using God-given gifts to do ministry, and then I’m saying I want to serve my community, and if I serve and God takes those gifts away, that sounds crazy to me,” said Kadence.

He admitted that he’s found himself at the crossroads of wanting to tour or staying in his community to help locally with his music. “As a believer, our first calling isn’t rap. It’s not just rap. Our first calling is to make disciples. ‘Love God, love others.’ There is no rebuttal serving the community.”

Currently, Kadence works with city schools as the Director of Youth For Christ. One of the partners for this new project is Urban Bridge. The organization got together with him to help build a new community youth center called The Bridge Impact Youth Center.

“This center is very important to me because it’s in the community I was raised in,” Kadence revealed.

“My mom did her best to keep her kids in church but when all of us got older, we did what we did. There was a fear of God to a degree,” he shared. “I live in a community where the norm was gang banging, chilling, smoking weed all day. There wasn’t marriage, fatherhood, or empowerment. I was comfortable in that norm to a degree.”

He said when he was younger, he was reached out to by someone who cared. Now he wants to do the same in someone else’s life.

“Multiple people reflected the gospel and God in my life through multiple avenues. One of those was being patient with me and taking that time and sacrificing for me. They simply did this by picking me up. Someone from across town would get me,” Kadence said. “When I got older and got to college, I’m the only dude in my neighborhood that’s staying in college. It was kinda lonely. As I started to reflect on that point I realized that God placed these people in my life to be his hands and feet to me. I have friends that didn’t have those opportunities because they didn’t have those people.”

The goal in mind was to build a center and focus it holistically. He wants it to be a hub where they can teach how valuable education is, teach integrity and character, learn to pay bills and other life skills, and build relationships. There will also be mentors and tutors on site as well as workshops and programs.

Right now the building is there but it needs a lot of work. There are problems with the heating, electrical, plumbing, and walls. Most of the money raised off of album sales will be going to get the building up to code.

Kadence said that any rapper who claims they don’t have time to help others out is just putting up a “facade.” He said that “rappers aren’t as busy as they say they are.”

He continued, “Unless the guy has a 9 to 5 job and is rapping on the weekends and has a wife and kids, it’s really hard for me to believe that dudes are so tied up in their rap career that they can’t serve their church or community, or can’t mentor young people.”

“As an artist, it’s my responsibility to steward my gift well and to make sure my world view is made clear.”

Kadence believes that when you get on a stage or in the studio, there’s a responsibility to the listeners and to the next generation. He won’t put anything in his music that is going to harm someone in the future.

“I want us to connect and connect from a place of this is life and there’s more to this life, and there are greater things in life,” he explained. “Life isn’t just about you or just about me. God created us with purpose, and we have a sin problem. There are all these common things.”

Hip-Hop has the power to affect the culture and the climate of what young people are doing. He knows that Hip-Hop will “thrive whether you are in it or not.”

“Pop culture has grabbed onto Hip-Hop so much that a guy can be a meme and end up with a platinum selling single. People listen to the song as a joke, but when pop culture grabs a hold of it, the sky’s the limit.”

For Kadence, that limit is all about far exceeding the confines of the physical ceiling set by the youth center. He wants to keep pushing and touch as many lives as possible whether it be through 16 bars or 16 minutes used to pour into someone’s life.

Stay tuned for more with Kadence as he discusses Black Lives Matter, how to approach difficult race conversations with empathy, and how you can make a difference in your community and church.