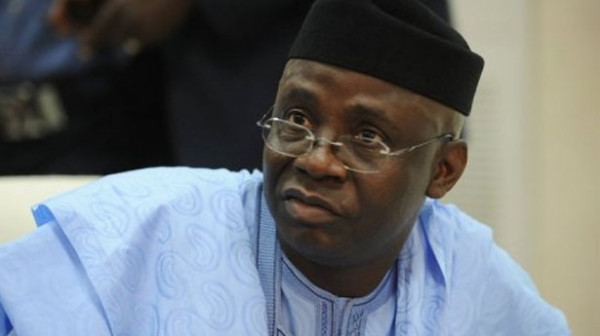 The Senior Pastor of Latter Rain Assembly,Tunde Bakare has said that God instructed him not accept any offer to serve in President Muhammadu Buhari‘s administration in the first 2 years of the tenure, TheCable reports.

He disclosed this during a service in the church, urging members to always follow God’s leading to achieve peace.

“Are you not glad you serve a God who can say come up here and I would show you the things that would happen in the hereafter?

Here we are today, almost two years into this administration. Many of you were putting pressure on me. Even a retired inspector-general of police wrote to me,  he said; ‘Pastor, if you have only served in this government, maybe it would not be like this’.

And I said to him, ‘God said to me, don’t touch it for the first two years. Don’t go near it, just be praying for them and be watching, and be monitoring the things that are happening’.

God knows where you should go, when you should go, so stop going aimlessly about. As many as are led by the spirit of God are the sons of God,” TheCable quotes Bakare as saying.

Bakare also called on government officials to “come back to God”.

The clergyman said that the would speak on national issues during his state-of-the-nation address scheduled for Sunday, January 8th.

Recall that Bakare was Buhari’s running mate in the 2011 Presidential Election under theCongress for Progressive Change (CPC).