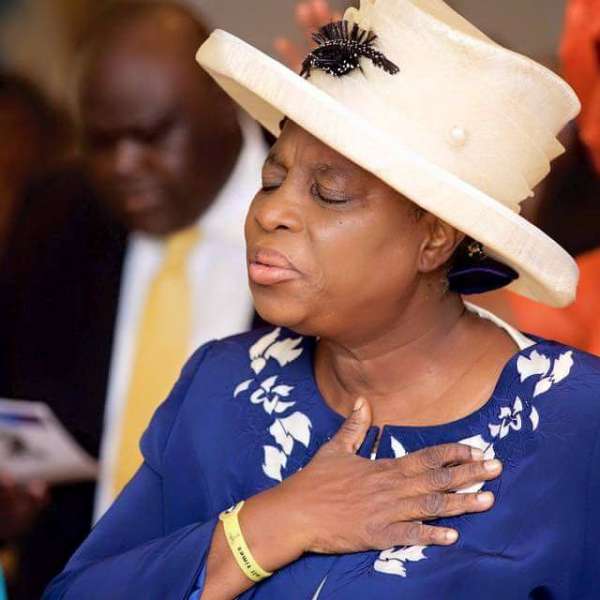 Wife of the General Overseer of Redeemed Christian Church of God (RCCG), Foluke Adeboye, has said that women are more important in doing the work required to fight corruption and to ensure that Nigeria reaches its God-ordained destiny. She further said that God will soon pass His judgment on corrupt people.

She said this in Lagos to emphasize the role women can play in the fight against corruption during the flag-off of Women Against Corruption (WAC) campaign in the South-West.

Mrs. Adeboye explained that because of the greater influence women exercise in the home and upon every member of the family, they are indirectly positioned to take the lead in the fight against corruption and to drive the nation to its destiny.

She urged all women to take the anti-corruption campaign down to their homes in order to ensure that corruption no longer plague the Nigerian society; adding that God will punish those who engage in acts of corruption or harbour proceeds of corruption.

Mrs. Adeboye said: “It is going to be well with Nigeria, because the work of this nation mostly rests on women. If you give anything to a woman, you have indirectly given it to a nation.

“We should get back to the basics which is the home, because from the home every good thing starts. Let us drive the anti-corruption campaign in our homes; let us put things right; change whatever needs to be changed, and correct whatever needs to be corrected to ensure that corruption is no longer plaguing the Nigerian society and that Nigeria reaches its God-ordained destiny..

“When children are contented and they learn from their parents that corruption is evil, there’s no way they will go into the society and begin to misuses good opportunities that have been given to them to serve.

“Whoever is corrupt or harbours proceeds of corruption , and is getting away with it, a day of punishment is coming, because God is not asleep.”