Good News: US Finds The location Of The Abducted Chibok Girls 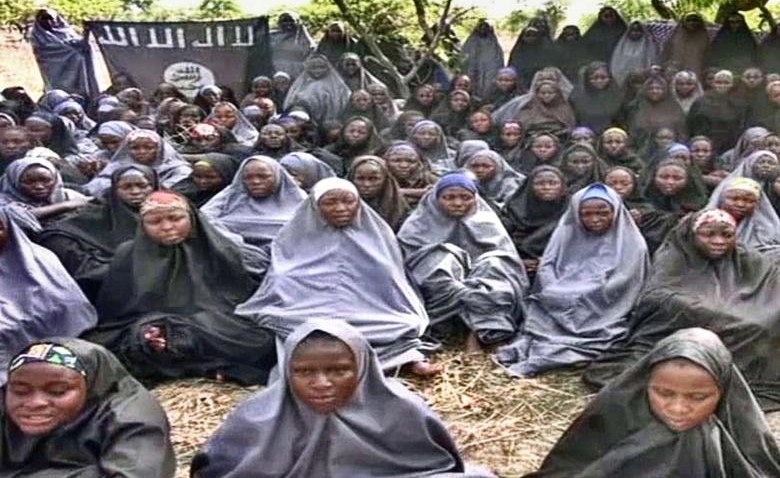 The American officials said that the joint forces
of the USA and African countries have found
the whereabouts of the clusters of the Chibok
schoolgirls abducted by the Boko Haram sect
two years ago.

However, the rescue operations have not been
carried out because of fears that any
succeeding battle with the insurgents would
put the hostages at risk, or provoke some form
of revenge against captives still being held in
other areas.

According to the officials, a combination of local
intelligence, intercepted communications and
drone footage had been used to find groups of
the girls this month.

15 of the Chibok girls shown in the recent
video

At the same time, they claimed that efforts to
free the girls have not been left. The officials
said that a key concern is the hundreds of
other women and girls who are also held by
Boko Haram, captives who are often raped,
forced into marriages with their abductors, and sometimes killed.

The retired head of the United States military
Africa Command Gen. Carter F. Ham said:
“You’re not just looking for 200 girls. There are
many, many others who have been taken
hostage, and more thousands killed, and two
and a half million people displaced.”

The intelligence reports show that the girls
have been separated into smaller groups.

Gen. David M. Rodriguez, the head of the
military’s Africa Command, added that the
Chibok girls have been “moved to some very
isolated places.” He continued that locating
them is “not an exact science.”

“So the challenge is, how do you find lots of
people held hostage in different places? That’s
really complex and it stretches the capability of
local forces,” General Ham added.

About 200 American drone operators worked
with local troops to collect intelligence on Boko
Haram and the location of its many captives.
In the related development, there are reports
that the insurgents are increasingly using its
captives as suicide attackers.

Col. Badjeck Didier, a spokesperson for
Cameroon’s Defense Ministry, said recently that
he worried that some of the Chibok girls may
have become suicide bombers.

He said: “When we see the kamikaze bombers,
they have the same age — 14-15 years — as
the Chibok girls. A recent video released by
Boko Haram that purported to show proof of
life of a number of the Chibok girls —
something the Nigerian government had demanded as a condition of negotiations —
was a sign that the group wants to negotiate.”

The mothers of missing girls who identified
their daughters

“These women did not chose to become
suicide bombers, but after two years of
incarceration and bearing children of these
men, some of them had to buy in out of
personal survival,” Sanderson said.

“I do think that Boko Haram has considered
using these girls to kill their rescuers. And that
would cause people to have spasms over what
that symbolism meant,” added Tom M.
Sanderson, director of the transnational threats
project at the Center for Strategic and International Studies.

On her own part, Samantha Power, the United
States ambassador to the United Nations said
that the Special Operations forces sent by
President Obama were doing “surveillance,
intelligence and reconnaissance” and would
continue their efforts to locate the Chibok girls.

“I want to assure the parents of the Chibok
girls and the parents of any children gone
missing that, indeed, the United States is in this
for the long haul,” she said.
The video, obtained by CNN, showed 15 missing girls in robes identifying themselves.

It is believed to have been made on December
25 last year during negotiations between the
government and parties claiming to represent
Boko Haram.

Two of the three women to whom the footage
was shown identified their daughters; a third
was upset that it did not show her daughter.

Abubakar Shekau, the leader of the sect,
shortly after the kidnap said the girls had
converted to Islam and he threatened to force
them into marriage with his fighters or sell them
into slavery.