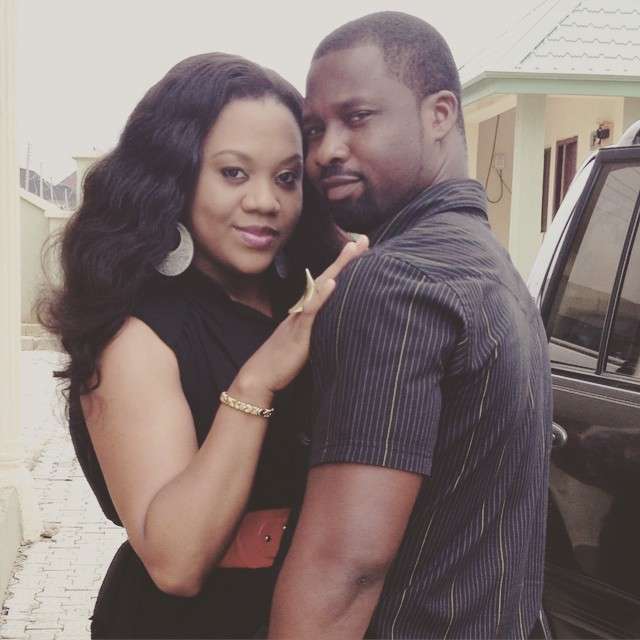 Nollywood actress, singer and radio host, Stella Damasus is so in love! She took to Instagram yesterday, August 18, 2016 gushing over her husband Daniel Ademinokan.

“You are so hardworking @dabishop007 I will be right there in the audience when you receive your Oscar award in Jesus name.”
https://www.instagram.com/p/BJQTbZ7guwe/?hl=en
Recently, Stella Damasus also weighed in on the controversial statement made by Pastor Adeboye.

In a video posted on YouTube the actress says, if a woman can spend hours watching makeup tutorials and gisting and cannot pray for her family such woman is dangerous.

“If a woman who is married is not able to spend at least one hour to fight for what she holds dear which is her marriage, then what is the point marrying her? If we can spend hours on our cell phones doing social media, we can spend hours gisting with friends, spend a longtime doing fashion and watching makeup tutorials and we cannot spend one hour to pray for our family, that is a dangerous woman to marry.”

This comes after Adeboye at the RCCG camp ground
advised young men not to marry a woman with poor culinary skill, or one who cannot pray for at least an hour