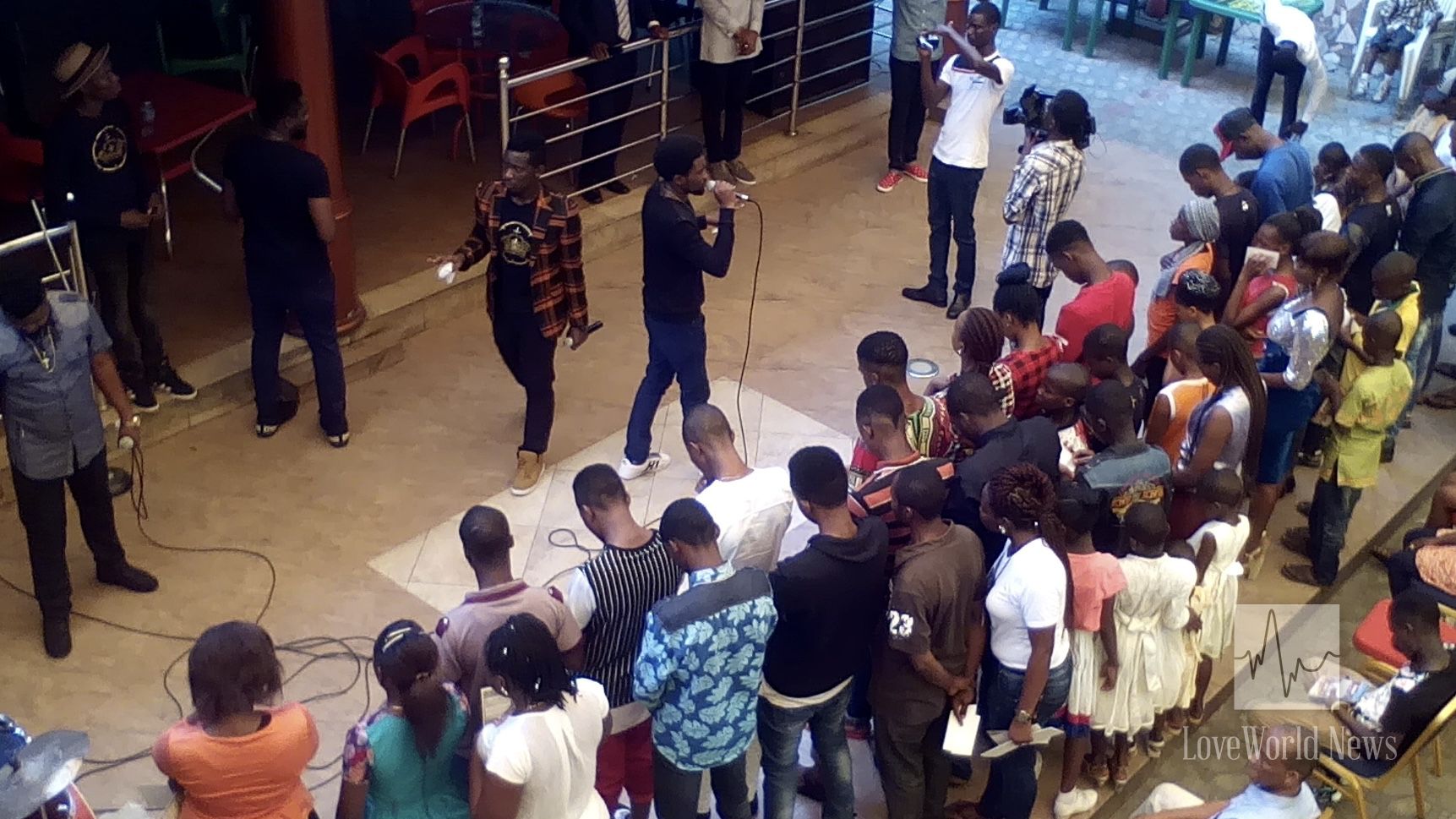 It was something to shout about as Christ
Embassy Coconut, Lagos Zone 2, made a
swift move to Christianize her catchment
through the ‘Extreme Praise’ concert with
the BLW Rap Nation and by distributing the
new book by Rev. (Dr.) Chris Oyakhilome, ‘the Power of Your Mind’.

The high point of the memorable meeting
was when Tru South made the altar call and
more than 50 came out to receive Jesus as
their Lord. TB1 went on to lead the
members of the Rap Nation to lay hands on
the new converts, who received the Holy Ghost under a powerful move of the Spirit,
speaking in tongues.

Over 200 people gathered at the program
held on Sunday, March 13. The sick were
also ministered to and given the ‘Do You
Believe in Miracles?’ video and Pastor Chris’
new book. Tru South and TB1 lead new souls to Christ. Ministering the Holy Ghost to new converts.