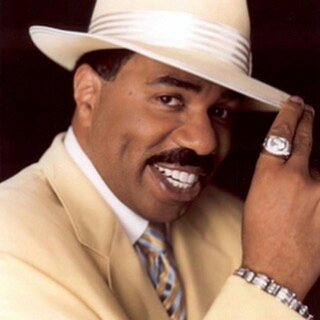 Harvey, who endorsed Hillary Clinton for the November 2016 election, said that the transition team from President Obama and Donald Trump set up the meeting.

He said that Obama had called on him (and other stars) to “sit down and talk (with Trump)” to move the country forward.

He said that his main focus in the area of housing in the inner cities, so Trump got Ben Carson, candidate for Secretary of Housing and Urban Development, on the phone and they had a dialogue.

He told reporters that Trump seemed really sincere with helping in Housing and Urban development.

Harvey also posted this on his Instagram page after the meeting: 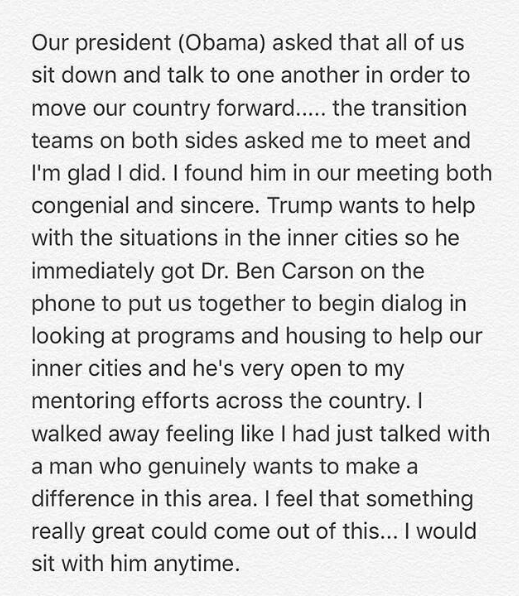