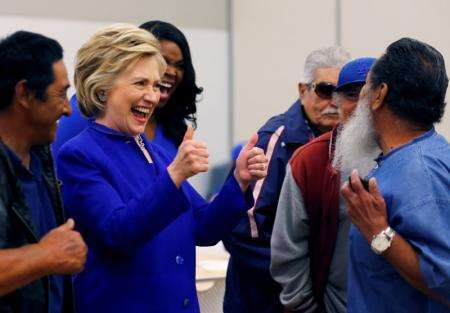 Democratic presidential candidate Hillary Clinton, has a clear advantage over Republican Donald Trump in the money she has to spend in the final days of the US presidential election, campaign documents show.

Trump sought to narrow the gap by sending 10 million dollars of his own money to his campaign on Friday morning, the Wall Street Journal reported, citing unnamed campaign advisers.

Clinton’s campaign had raised 52.8 million dollars during the first two and a half weeks of October, and Trump had taken in 30.5 million dollars, the filings showed.

Those figures include only funds that went directly to the campaigns not those raised by Clinton or Trump for other party candidates or for outside groups that aid in their campaign.