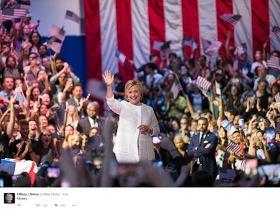 Hillary Clinton made history by becoming the first
woman ever to be a major party’s presidential
nominee on Tuesday evening as Democratic
delegates officially gave her the votes needed to
win the primary election. Bernie Sanders’
delegates stood side-by-side with delegates to Hillary Clinton as part of a peace offering, as they
formally cast their votes in the Democratic
nomination process. 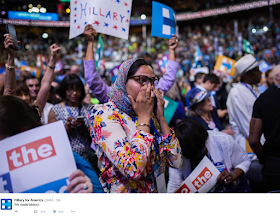 She tweeted  ‘History,’  and after she got the
nomination she tweeted ‘We made history’.