Following Hillary Clinton’s collapse on Sunday during the 9/11 anniversary and the subsequent confirmation by her doctor that she’s got Pneumonia, top Democratic party members are set
to meet and line up other viable candidates amid
Clinton’s health scare 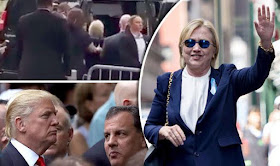 A video emerged on Sunday of Clinton, showing the dramatic moment when her “knees buckled” and she nearly crumpled to the pavement while waiting for her official car to collect her. Now top
sources in the Democratic party circle are thinking
of lining up a replacement. Could this be the ‘October surprise’ American political analysts take
about during elections?

Top Democrats are reportedly scared that Clinton
might die before the election or after the election
and do not want their party’s chances to be put in
jeopardy. 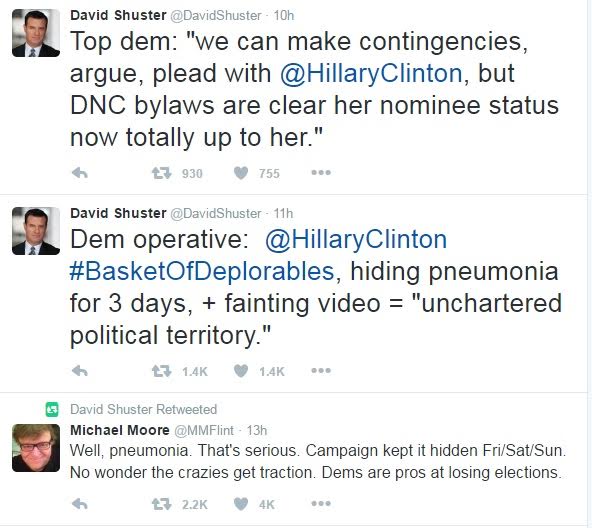 Another senior democrat also revealed to Express
UK that while the committee may “plead” with
Clinton for her to step down, the decision is
ultimately down to her.

“We can make contingencies, argue, plead with
Hillary Clinton, but DNC bylaws are clear – her
nominee status is now totally up to her.”

US journalist Rick Levanthal of Fox News said: “She
unexpectedly left early because of what appeared
to be a medical episode.

“I have a law enforcement source who was there,
who was 15 feet away form Hillary Clinton. He said
she was standing on a curb with her protective
detail waiting for her motorcade.
“They were surprised to see her because she
wasn’t meant to be leaving yet.

“When it finally rolled up my source said she
stumbled off the curb, appeared to faint, lost one
of her shoes, which wound up under the van.”

If Hillary Clinton is replaced, then Donald Trump
will surely be the next President, because getting
voter confidence, trust and belief is not something
that is achieved in two months.