“Hitler Didn’t Steal Power. He Was Elected By His People” Pope Francis Warns Against Populist Leaders Coming To Power 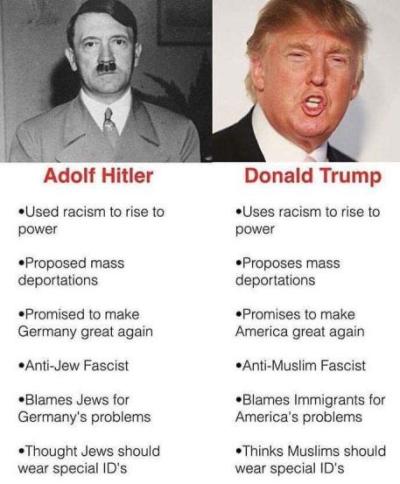 Pope Francis has warned against populist leaders, saying that Germany came to elect one in 1933, and ended up with Adolf Hitler as its dictator.

“Crises provoke fear, alarm. In my opinion, the most common example of European populism is Germany in 1933…

A people that was immersed in a crisis, that looked for its identity until this charismatic leader came and promised to give their identity back, and he gave them a distorted identity, and we all know what happened,” he said in an interview with the Spanish newspaper El Pais.

“Hitler did not steal power,” the Pope said. “He was elected by his people and then he destroyed his people.”

“In times of crisis, we lack judgment, and that is a constant reference for me… That is why I always try to say: talk among yourselves, talk to one another,” he added.

Pope Francis was talking to the newspaper as Donald Trump was sworn it as the new US president in Washington, DC. The Pontiff said he would not jump to conclusions on Trump, whom some critic say has authoritarian leanings, but will instead observe his actions before passing judgment.

“We will see how he acts, what he does, and then I will have an opinion. But being afraid or rejoicing beforehand because of something that might happen is, in my view, quite unwise. It would be like prophets predicting calamities”

According to RT, there are growing concerns over the rise of populism in the West, particularly in Europe, where previously marginal parties have been gaining popularity amid economic problems and the migrant crisis.