Housewife Beaten To Coma For Investing Family Savings In MMM 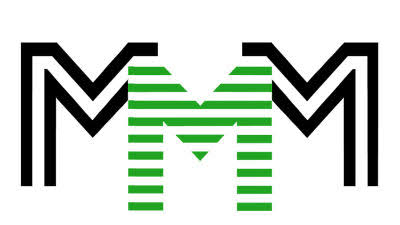 A housewife, identified as Mrs. Ogenyi, has been beaten to stupor by her angry husband for allegedly investing the family’s saving in Mavrodi Mondial Moneybox, otherwise known as MMM.

DAILY POST gathered that problem ensued between the couple, who resides on Balogun Street, Iyana Ipaja area of Lagos Sunday afternoon, after the husband returned from a trip to his hometown in Benue and discovered that the family saving box was missing.

On inquiry from his son, Oche, the father was informed that the mother went out with her friend around 4pm and had not returned.

The husband who works as a driver with one of the commercial transport companies later found the saving box broken and empty in the wardrobe.

A co-tenant informed our reporter that on her return, the woman was shocked to see the husband as he was not expected home until month end due to the nature of his job.

According to the eyewitness, the husband inquired to know who broke the saving box but the wife could not give him any satisfactory answer.

“When the husband threatened to beat the wife if she fails to tell him who broke the box, she accepted breaking the box and investing the money into MMM. She thought she could get 30 per cent of her income and replace the money before the husband could return,” the source said.

The source said the husband had saved the money, over N86, 000, for their new accommodation.

Angered by her action, the husband descended on the wife in commando style, beating her blue black.

All her efforts to explain to the husband that the money would yield income in the next 30 days fell on deaf ears as the husband insisted she must cough out the money before morning.

The man, who locked the door of their one room apartment to prevent sympatisers from rescuing the helpless woman eventually hit the woman with breakable plate and she collapsed.

The source said on realizing his wife was unconscious, he quickly ran out of the room, living the woman and their three-year-old son and fled to unknown destination.

The neighbours took her to the hospital where she is currently battling for her life.

Our reporter contacted the Lagos State PPRO, Dolapo Badmus, for her reaction.

She has not responded to a text message as the time of filing this report.

Recall that the House of Representatives had last week directed the Economic and Financial Crimes Commission, EFCC, and the Central Bank of Nigeria, CBN, to immediately go after the promoters of the MMM.