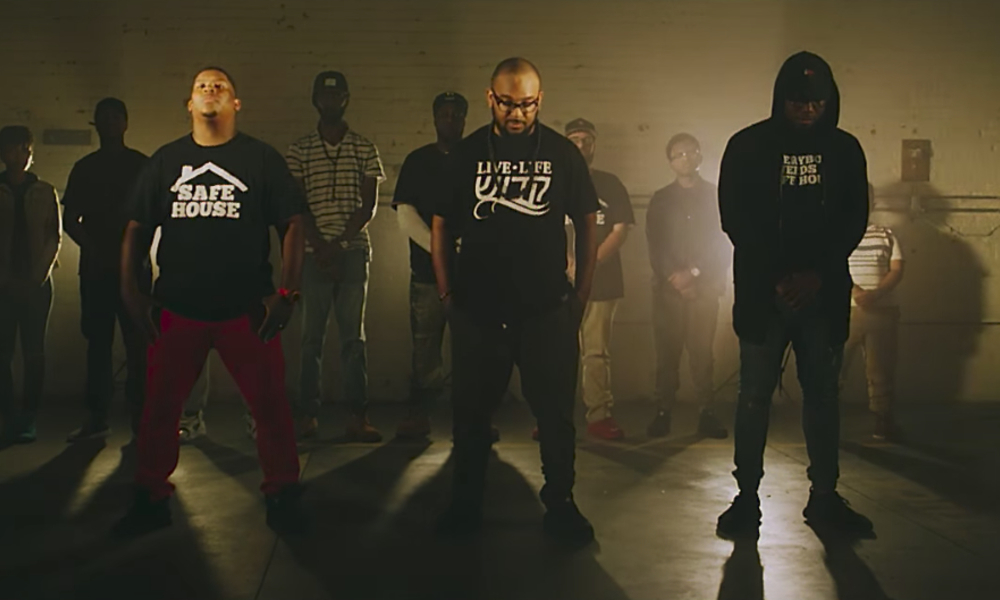 It’s dark out. There’s a little girl in the 4th grade running around knocking on doors. Her mother is gone, her brother is out, and in her very neighborhood young girls are being snatched up left and right for sex trafficking. She’s scared, alone, and 100% vulnerable. She knocks on your door. Do you let her in?

That scenario written above is an everyday occurrence for many children all over the world. Kids with nowhere to run and nowhere to hide are being taken as sex slaves and traded for money. This story could take place in your very own backyard, just beyond your pool, your flatscreen, and your white picket fence. This particular story is about a girl in Pretoria, South Africa, who had also been gang raped while in the first grade. It’s deplorable, disgusting, but… she is safe now.

The Safe House Project is an initiative that is being spearheaded by hip-hop label Renaissance Movement Music. The label features three artists, Legin, Sinai, and Focus as they partner with Kerus Global to raise $140,000 to build a safe house for the children of Pretoria, South Africa to have a place to go.

“The goal to offer a place of refuge or in a particularly vulnerable state of being trafficked,” said Legin. “The Safe House will be a place that protects people from predators until we find a place to send them.”

The three main goals of the Safe House Project are:

Build the Safe House
Raise awareness of trafficking
Encourage a regular person that they can do something major with their life.

Legin said that Kerus Global had been partnering with Crossroads Church in Norfolk, VA, his home church, for many years already. The church also treats the hip-hop label as an extension of their church, enabled the emcees to take a trip out to South Africa for ministry.

They weren’t initially there to create the safe house but the burden began to weigh on them as they learned the horror stories of the kids there. It wasn’t until they got home that Renaissance started plotting what to do about it.

Another one of the heartbreaking stories that pushed them to create this project was a 14-year-old girl who’s grandmother begged the organization to adopt her granddaughter. The grandmother was going to die, and she knew once that happened, the girl’s uncle would come in and sell her.

“I need you to promise me you’re going to adopt my little girl,” she pleaded.

“This started as ‘this is too massive, I’ll make a song and maybe someone important will do something’, too, ‘Let’s make a full-length album and build a whole house’,” said Legin.

Watch the trip documentary below:

The undertaking is ambitious. The Safe House album dropped on June 9th and 100% of the proceeds are going toward the building. They will raise 100,000 and Kerus Global will fund the other 40K.

“In the future will be looking to bring people over with them to love on the kids and do some light labor in getting the place started,” said Legin.

To their knowledge, building a Safe House through a music album is the first of its kind. In the past, Rapzilla used the proceeds of the King Kulture Stop the Traffic rap album to supply funds and bring awareness to sex trafficking.

It was initially thought to have the Safe House album thematically represent the stories of the victims of these tragic stories, but the team thought better of that and found it too depressing. Instead, the songs represent the idea that “everybody needs a safe house” no matter what that looks like.

A song or two does cover the actual story of the sex trafficking, but it is not the entire focus.

Legin and his fellow emcees are hoping this is just the beginning of something huge.

“This one isn’t going to solve the problem. What does safe house two look like? Do we need one here in Norfolk? In a year or two, maybe one in the states,” he shared. “I want to see music and art used for good. I pray it does start a movement.”

The next trip over there will be to drop the money off, and they hope to make a documentary of that whole process as well.

“Two weeks ago I took a break and an email from the manager (Safe House building project) came in. She said, ‘Could you please pray, the trafficking situation in South Africa is getting worse. All across the country girls are disappearing’. Now, this was a random email,” Legin said. “Then, watching the news that day, a 15-year-old and a college student got snatched up in our community.”

He continued, “What the person didn’t say in that email was that she was almost assaulted briefly before that.”

So Legin, and his label mates Sinai and Focus are asking for help. You can buy Safe House on iTunes.

You can watch the first music video and single below: