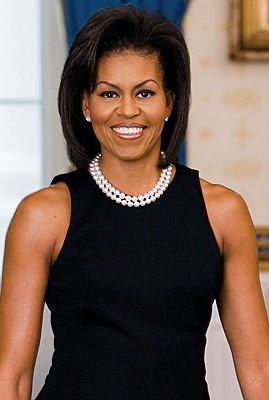 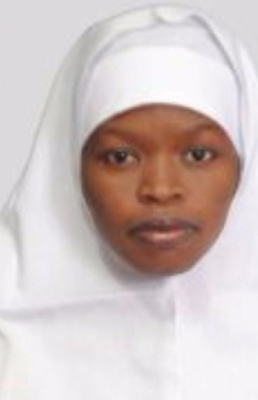 Lawyer with the National Human Rights
Commission and wife of a judge in Borno State
judiciary, Aisha Wakil, who was recently declared
wanted by the Nigerian Army, had an interview
with Premiumtimes where she said the involvement of the wife of the US President,
Michelle Obama in the Bring Back Our Girls
Campaign frustrated the rescue of the abducted
Chibok school girls.
Excerpts from the interview below

What do you think is the prospect of rescuing the rest of the Chibok girls?

Assuming I had clue that they were going to
kidnap the girls, I would have been in Chibok
sleeping. Then I would have been in that hall and
everybody would be kidnapped. I didn’t know
about it. When I heard about it, I told the
government to calm down. They should keep quiet. I was able to pass the message across. I said
‘please start releasing them’. It did not take time
before some of the girls were released. So by the
time I knew it, the whole thing was in the media.
Boko Haram now called me and said mama we are
no more releasing. The Chibok girls have become diamond and gold. I asked why? They said even
Obama’s wife is carrying ‘Bring Back Our Girls’.
They now knew that they are very important as
the whole attention was focused on them.

After that I became really disturbed. I started
tracing them in the bush to see whether I could
get to where the girls were. I slept in the bush.
Then later they told me where to come and pick
50 of them. I was heading there with Dr. Steven
Davis and one general. We slept in that bush. So by the time we got there, civilian JTF alerted them in
the bush and was chasing them in the bush and
they now took off. I went there with the
ambulance. They called me in front of the general
and requested that I should come to a certain
location the following day and pick 50 girls. They said we should have 14 ambulance buses on
standby. I said ‘okay’. They also told me to come
with shai which means tea with milk and put
plenty sugar. This is because some of the girls
were very weak and one with a broken hand.
So Dr. Davies and that high-ranking general now decided to go with University of Maiduguri vans
and some doctors and nurses. They warned me
never to come with a military and if I do they
would slaughter me in front of the military.
So we were making the preparation. The general
with us received a message on his telephone: “Chibok girls sighted.” So we rushed. By the time
we got there civilian JTF had seen them and gave
them a hot chase.

By the time we got there they had driven them too
far. I was calling on the telephone but their lines
were switched off. It was later in the night I got
them and they asked me: mama what happened?
Did you tell anyone? I said ‘no I did not’. Civilian
JTF chased them and there was a massacre. They killed so many of them —up to 400— that
time. We lost them, We slept in that bush with the
military and commander of the military know me
and everything. They were so happy that I could
take this risk.

Early morning, they called me and asked ‘mama where are you?’ I said ‘I am somewhere’. They
now said the roads were dangerous that we
should pass through Monguno on our way back
to Maiduguri. That was how we lost that one. If
they had not chased them. If they had not sighted
them we could have just finished this thing. Those 50 girls would have been in our custody.
everything would have been over by now.

So in your opinion, President Obasanjo’s comment that the girls could not longer be rescued was greatly exaggerated?

Yes. It was exaggerated. When he made that
statement, they called me. You know they read
everything —they read a lot. They go on the
Internet and read a lot of things. They called me
and said mama go to the newspapers. Tell them
they are alive. I said why don’t you come so that two of us will say that they are alive? He said ‘no
mama. Please do this. Nigeria will curse us. So I
now came out in the newspaper and narrated
story saying they are alive. Nobody believed it.
Now I kept on pushing them. What they want is
proof of life. So when we get there, I will cross the bridge of showing the proof of life. So it is very
easy, What are they doing with them? Even though
they are married come out with your wives we will
settle you