“How Pastor Adeboye’s Prayer Aided The Arrest Of Evans, The Notorious Kidnapper 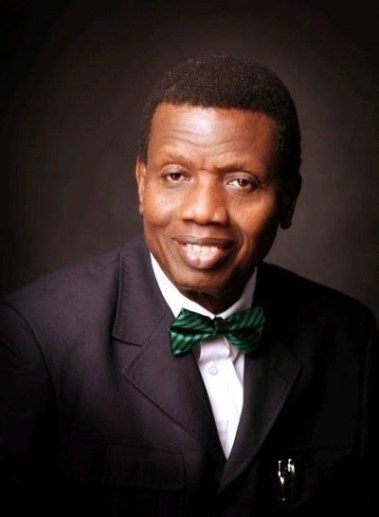 The General Overseer Worldwide of the Redeemed Christian Church of God, Pastor Enoch Adejare Adeboye appears to have aided the downfall of Nigerian billionaire kidnapper, Evans through spiritual warfare.

Exactly nine days after E.A. Adeboye, at the part 5 of the ongoing Abba Father congress raised a prayer point about kidnappers being arrested all over the world, notorious kidnapper, Chukwudubem George Onwuamadike aka Evans was arrested.
It could be recalled that on Saturday, June 10, police officers from Abuja, arrested Evans and some of his gang members at his Magodo hideout in Lagos.
Before this arrest was made the General Overseer of the Redeem Christian Church of God (RCCG), raised a prayer point saying:
“Lift up your voices to the Almighty God saying My Father and My God, the Lord of host every person involved in any form of kidnapping, send down your fire right now as we pray.”
The whole church immediately began to pray that the men behind all the evil deeds are brought to justice. And as God would have it, Chukwudubem George Onwuamadike was picked up by the police.
The video of this particular service was posted by the Trinity Multimedia Studios on Tuesday, June 13, via their Facebook profile with the caption; “Everyday is for the thief but one day is for the owner. You could fill the sadness in PASTOR E. A. ADEBOYE’s voice when he was praying about kidnapping in Nigeria on June 2nd 2017 during #AbbaFather Part 5, just 9 days after on June 11th 2017 the leader of a Notorious kidnapper was arrested in Nigeria. Who told you God won’t answer your prayer? #OlowoGboGboro himself will arrest all the troublers of our peace/nations in Jesus’