How TwitterNG Rewarded Girl Who Bagged All As In Her WASSCE

TwitterNG users are proving that selfless acts do indeed exist after rewarding a girl who bagged 9 As in her West African Senior School Certificate Examination (WASSCE) with cash gifts, textbooks, scholarships and mentorship.

A TwitterNG user @DrDamages had on July 21 shared a photo of the girl named Cynthia Chinecherem, and another of her result, with the caption:

She made A1 in all the 9 subjects she took in WASCE. Please tell Gov. Ugwuanyi of Enugu state to send her to a very good university.

On July 23, it caught the attention of another user @Chydee who said he wished to give to the girl N20k.

He proceeded to ask his followers to to get in touch with him if they wished to donate to the girl’s cause. 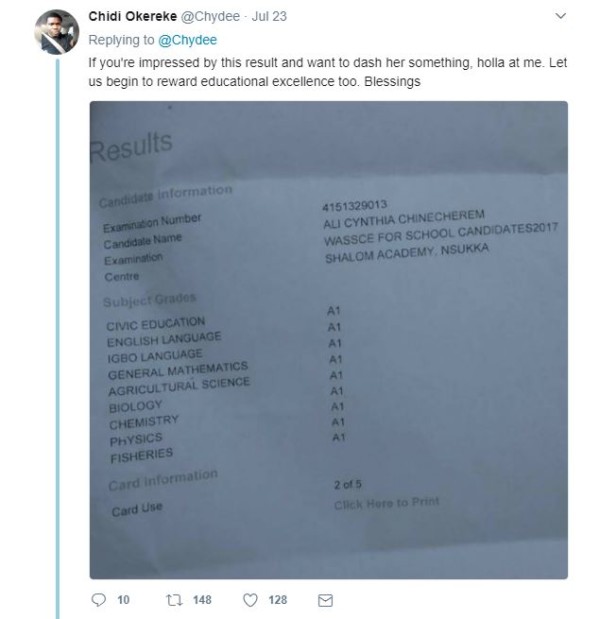 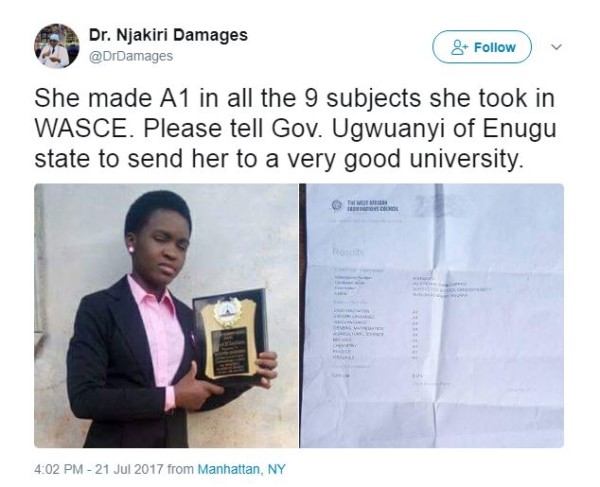 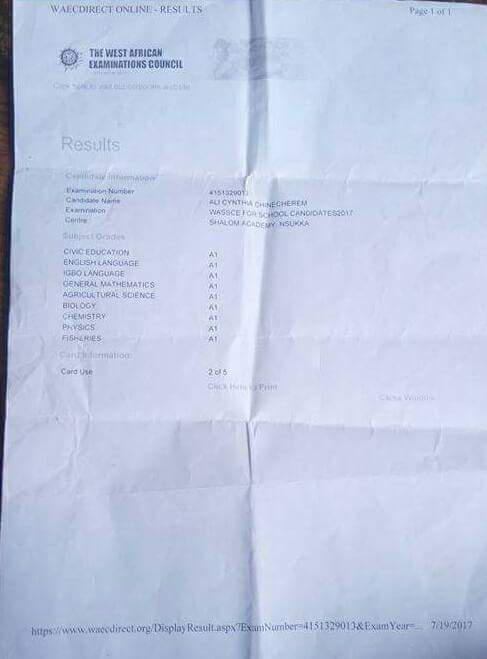 Another 10k 🙌🏾🙌🏾🙏🏾🙏🏾. (Also spoken with her cousin. Speaking with her dad, then the girl herself soon. Then I will share Account Details.) pic.twitter.com/4jGfhp98Tf