Husband Of Gospel Singer Who Died In A Hotel Cries For Justice, Reveals More Details 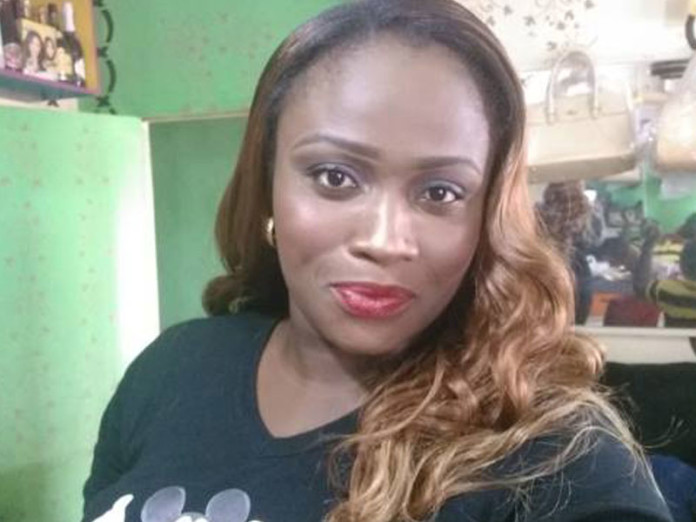 Odion Omoarebokhae, husband of late gospel
singer, Yvonne Osifo, who died in a hotel room,
has appealed to the Edo State Government to
help unravel the circumstances surrounding the
mysterious death of his wife, writes Adibe
Emenyonu

Yvonne Osifo is a gospel singer and married to
Odion Omoarebokhae, a transporter and their
marriage is blessed with a three year-old son.
Yvonne Osifo now Yvone Osifo Omoarebokhae,
graduated from the Benson Idahosa University,
Benin. Apart from singing, she is also a regular face on Facebook where she sends inspirational
messages to her friends and fans. These
inspirational messages have fetched her
engagements to perform live in religious
programmes.

However, things turned around for the worst for
her when she met one Apostle Psalm Okpe of
Fresh Oil Ministry on Facebook who she has been
charting with for several months before both of
them struck a deal for her to perform in his
ministry.

The apostle according to Omoarebokhae
appeared on April 7, 2016 after they have
concluded arrangements for Yvonne to perform
in Warri Delta State. With that enthusiasm, she
departed for Warri with the Pastor Okpe but that
was the last the family saw her alive as the Police in Benin invited the husband that his wife had an
issue with someone in a hotel. He went there and
saw wife her stone dead.

Immediately the new broke, the Edo State Police
Commissioner of Police, Chris Ezike was reached
and he confirmed the incident, saying the matter
was under investigation, and that a post mortem
examination will be carried out to confirm the
cause of death.

His words, “It is under investigation. The man is
married and the woman is married. Not until a
post mortem is conducted, we cannot conclude
what happened. I have asked the matter to be
transferred to the state CID.”

The police as gathered had performed the
autopsy whose result is yet to be released. But
the recent posting on Facebook, suggesting the
woman died of cardiac arrest is giving the
husband a cause to worry about.

This prompted the husband of the deceased to
raised alarm alleging that her wife was killed by
the pastor and called on Edo State government
to carry out immediate investigation with a view
to prosecuting anyone behind the death of his
wife.

Omoarebokhae, who is 41 years, said his alarm
stemmed from rumours making rounds that his
wife died of cardiac arrest.

He said “Pastor Psalm Okpe who hailed from
Benue State, last week invited my wife to
perform at his church programme in Sapele,
Delta State, before she was lured into a hotel in
Benin upon return by the same pastor”.

The bereaved husband also alleged that
pressure has been coming from influential
pastors across Edo and Delta states for him to
withdraw the case with the pastor for financial
settlement. Omoarebokhae claimed that his wife
may have been drugged by the suspect. “My wife is a singer. She goes out to minister and
comes back. She went to minister in a church
programme in Sapele on Thursday and at 9pm
the following day, I was called to come to Airport
Road Police Station that she has issues with some
persons. I went and the police did not open up early until I threatened them. It was later, I
discovered that Pastor Psalm Okpe that invited
her for the programme has killed my wife.
Luckily, she has sent pictures of the programme
to everybody.

“After the programme, she came to Benin. How
the Pastor managed to manipulate her to that
place is what I don’t understand. I have seen
CCTv footage at the hotel. Initially the pastor said
my wife went her way after the programme but
we saw in the CCTv that contrary to what he wrote, she actually slept in the hotel. I saw the
CCTv immediately they entered, my wife was
following him like a dog, like somebody without
senses. The next morning, Pastor came out of
the room, stood by the door before going out.
He spent five hours outside. By the time he came back, he went to the reception to demand for his
key hoping that my wife had left to die in her
house. They told him that the key was not with
them and that his key was with him. They called
the porter who brought the spare key and
forced the door open. Immediately the porter opened the door, he left and the apostle entered.
He spent another one hour eighteen minutes
with a lifeless body. He went out again and the
porter and other hotel staff were waiting for him.
They asked him what was the matter and why
the guest inside could not open the door after knocking severally. He said his co-minister is
unconscious. They asked him to wait and they
called the police.

“The police told me they met my wife fully
dressed like somebody about to go out. They
took her photographs like somebody taking a
nap. I have seen my wife’s body. There is no
physical mark on her. From what I observed, she
was given an overdose of substances that her system could not take.

“She called me last the day she died at about
10am. She said they had finished performing
and that she could not come that day and that
she would be home soon. I kept calling her and
her phones were switched off. She is 30.”

Omoarebokhae said he doubts the sincerity of
the IPO handling that case as the same police
have been telling him to go and bury his wife.

His words: “People have been calling me to try
and bury my wife. I told them that I did not sell
her and I will not collect any money.

“The doctor told me that they have sent the
specimen to Lagos and awaiting result but I am
now reading about reports claiming that she
died of cardiac arrest.

“I want the law to follow the issue closely. I
never knew Apostle Okpe. My wife usually post
morning devotional things in Facebook and
from that he contacted my wife. My wife told me
he sent her message. She goes out to minister
normally. She was supposed to return that day. I was expecting her to come back that day.

“After the autopsy, the police called that I should
go and bury my wife but I refused. I told them I
was not ready to dialogue. The police did the
autopsy. I did not hire any private doctor. And
because of what is happening now, I will not
accept any autopsy result doesn’t state cause of death”.

When contacted, the Edo Police Commissioner,
Chris Ezike, said nobody should dwell in the
realm of speculation as autopsy of the late
gospel artiste was only carried out Saturday,
April 16 and the result is still being awaited.