“I Am Not A Thief; I Cannot Be A Thief” – James Ibori Says At A Special Thanksgiving Service In His Honour 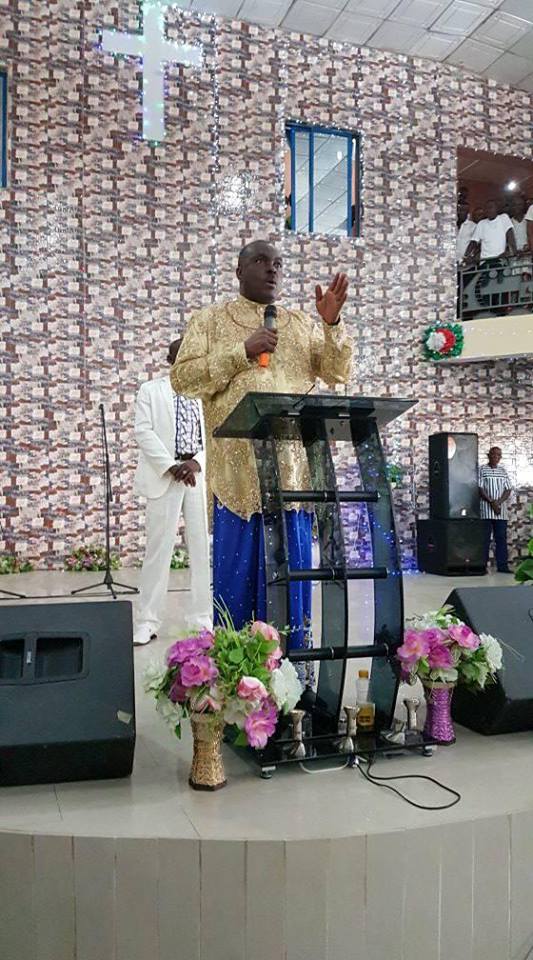 “I am not a thief; I cannot be a thief,” he said during the service which held at First Baptist Church.

In his younger days, Ibori was convicted for credit card fraud in the U.K. before returning to Nigeria to take part in politics.

Ibori said that his accusers all lied against him, adding that the biggest pain he felt over his travails was the suffering his people went through because of his absence.

He also said his joy was that he was alive and back with his people.

The former governor, who hailed the crowd of politicians, clergy, traditional rulers and other enthusiasts, said he was aware those behind his travails wanted to separate him from his people.

He said: “They want me to go to the corner where I won’t be seen.”

The former governor said he was sure he would return home because he put his affairs in God’s hands.

“Today, I have decided to speak for myself. I am not a thief; I cannot be a thief. Today is the day they say I should give testimony to God. For those who know me, you know that my life is a testimony itself. I have said it over and again that my life is fashioned by God, directed by God, sealed, acknowledged and blessed by God. I believe that since the day I was born.

Like the Archbishop said, when this whole commotion started, what was most painful to me was the pain and suffering that my people were going through.

It has nothing to do with me as a person because, for some reasons, like I said to you, I drew my strength from God. So, somehow, I knew that God would stand by me. I knew that one day, this day would come. I am indeed very pleased that I can now stand before you and look at your faces, the faces that I have missed, and those of you who have indeed suffered the pains of my absence. It has nothing to do with me.

So, when I reflect, it gives me joy that all your prayers, God has answered them, with your support and solidarity with me all through this period. It is indeed not what I can begin to say.

Like what our former Chief of Staff,Francis, said, it is ‘ungbikuable’. If I am to give testimony of my journey, you will not leave here. The only testimony that I have is the fact that I am back and alive in your midst. And again, I say that I never had any doubt in my mind that I would get back home.

When I looked at how things were going, I discovered that they wanted to separate me from you, my people. They wanted me to go to the corner where I wouldn’t be seen. That’s how I see it. At a point, I called my older brother (former Governor Emmanuel Uduaghan): ‘How to get home is what I am about to do now’. It was a pragmatic decision.

I am happy to be home with my people. There is nobody who can battle with the Lord. An Urhobo adage says there is time for everything (okiemute). A day will come when I will tell my story and everyone of you will hear me. Today is to thank God,” he said.