I Am Still A Christian I Have No Reason To Renounce My Faith And Believe, I Didn’t Convert To Islam – Yinka Ayefele 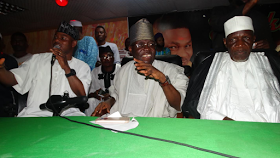 Gospel Tungba crooner, Yinka Ayefele has
debunked the claim that he has converted to
Islam. Earlier yesterday, the news of the
conversion to Islam of the ace singer went
viral with fans both home and abroad making calls
to find out the veracity of the claim.

A release issued by his Publicist, David Ajiboye
said, Ayefele is still a Christian and has no reason
whatsoever to renounce his faith and believe. 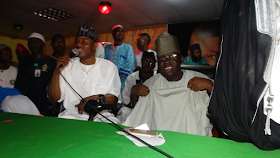 “We believe the rumour must have
emanated from the annual Ramadan
Lecture which Fresh 105.9FM owned by
Ayefele organized on Tuesday, in Ibadan.

“Our station, Fresh 105.9FM had invited
popular Islamic preacher, Alhaji Muideen
Ajani Bello as the Guest Preacher at our
annual Ramadan Lecture which had over
4,000 people in attendance and because of
this, some naïve minds went to town to spread the rumour about Ayefele’s
conversion.”

Ajiboye stated further that the station is for
everybody irrespective of your religion, race or
colour.

“We believe its part of our social
responsibility to organize such a spiritual
rebirth programme to sensitize our Muslim
listeners on the ideals of Islam most
especially in this holy season.