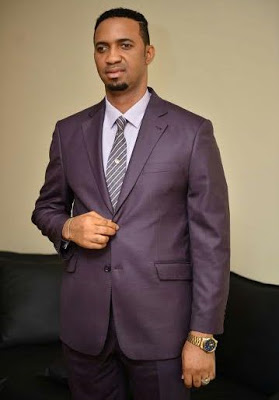 Popular prophet, Dr. Chris Okafor came under a
strange unction on Sunday, March 20, 2016
during service at his Liberation City Church
headquarters, when he gave the Kaduna State
Governor, Nasir El Rufai an ultimatum regarding
his impending Religious Bill, expected to be passed any moment.

The man of God started by reading out the details
of the proposed bill from a mobile phone and then
he screamed, “El Rufai, Herod, leave the church
alone!”

He then went on to explain the potential anti-
christian implications of the bill and warned that El
Rufai was only being used to test run something
that would later become a bigger plan to Islamize
Nigeria, and that if El Rufai is left to go ahead with
the bill unchallenged, that at least five more Northern States will follow suite, then all the
Northern States and finally, the rest of Nigeria.

Before his congregation of several thousand
worshippers and on live television viewed by
millions of people in more 160 countries around
the world, he sent a strong warning to Governor El
Rufaideclaring “It will not happen in my time…it
will not happen in your time…it will not be on record that it happened in my time…No! It will not
happen!” to a thunderous applause from the
congregation. He then continued “El Rufai take
time! God is angry with you! You have 14 days to
reverse that law or the wrath of God will come
against you! You should count it, 14 days from today (March 20, 2016), he has 14 days to reverse
and invalidate that law… if he refuses to do so, he
should expect the wrath of God to visit him!

Speaking to journalist who thronged the worship
center upon the declarations, the man of God said,
“I prayed very well, and the Lord told me to go
ahead and warn El Rufai. And I want you all to
count 14 days from the day of the prophecy
(March 20, 2016). If he does not retrace his steps and abandon that bill, God will take steps to honor
His words. 14 days! Please count it”