I Know Nigerians Are Questioning If This Is The “Change” They Voted For, But Don’t Despair – Buhari 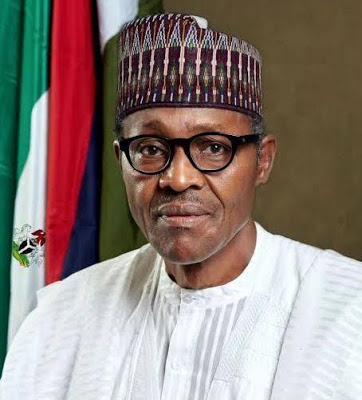 Muhammadu Buhari has commended Nigerians for their perseverance while urging them not to lose confidence in the ability of his administration to
bring about the change they so much desire.

The president stated this at the 2015 Vanguard Awards in Lagos on Friday night, where he was honoured with the Personality of the Year Award 2015.

The President, who was represented by the Minister of Information and Culture, Alhaji Lai Mohammed, said that he was keenly aware of the difficulties that Nigerians were facing, especially as a result of the fuel scarcity, poor power supply and inflation.

As a government that was propelled
into office by the power of the people,
we cannot but feel the pains of our
compatriots, and we deeply
empathise with them.

We are working round the clock to
ease the pains of Nigerians, and the
effort of the government has started
yielding fruits

We seek to make the petroleum
products available nationwide,
restore gas supply to the power
generating firms, improve the
economy and put Nigerians back to
work,’’ he said.

The president said that he understood that Nigerians had started questioning whether this indeed was the ‘Change’ they voted for.

He said that some had even gone as far as saying that by voting for the All Progressives Congress (APC), Nigerians had entered “One Chance”

Well, I can tell Nigerians that our
change agenda is real, and that
indeed, they will get the change they
voted for.

Nigerians have not entered ‘One
Chance’, because the ‘One Chance’
drivers and their conductors have
been driven out of town.

Change is a process, and that process
has begun. The pains of today are
temporary, and will soon give way to
abundant joy as we put our country
firmly on the path of sustainable
growth and development,” he said.

The President said that all Nigerians, the civil society organisations and the media were the real heroes of the last general elections and the country’s democracy in general.

He commended the media for the role it played in ensuring the relative success of the last general elections and the resilience of the nation’s democracy since the beginning of the Republic.

“When the history of the last general elections as well as our democracy is eventually written, I have no doubt that the media will occupy a prominent place on its honour’s list.

This is not a surprise because there is no contesting the fact that from the pre-independence years through the years of independence, the various attempts at democratic governance and the years of military interregnum, the media has stood solidly on the side of the people.

“It has fought for the national interest without compromising its integrity,” the President said.
In bestowing the honour on the President, the Vanguard described him as “a living example of what tenacity, fortitude, and perseverance meant in human experience.”

“Until future experience proves otherwise, Buhari is
the closest yet that Nigeria will have to America’s Abraham Lincoln” it said.