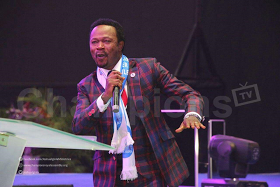 An Abuja-based Christian cleric and Founder of Champions Royal Assembly, Kubwa, Abuja, Bro Joshua Iginla has revealed how he planted his fast growing church 10 years ago. Iginla, who had prophesied Benue State Governor, Dr Samuel Ortom’s emergence and others, hinted that he began the church with a paltry sum of N250.
In May 2016, Iginla gave out 32 cars to se­lected Nollywood actors and cash gifts among others to the less-privileged. 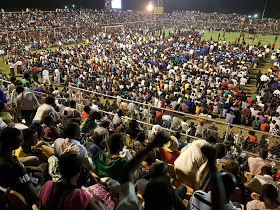 “It doesn’t matter to me if I trek home as I have given even the car that I personally drive. I can only drive one car and live in one house at a time. This understanding is what has taught me that when I die, others will inherit my assets. The beauty of life is not in its duration but in its donation.

“I have not seen some of the ben­eficiaries before in my life or spoken to them. I’m seeing many of them for the first time today. I am seeing Jide Kosoko for the first time,” Iginla said. The Clergyman spoke on Sunday at the grand finale of his church’s 10 years anniversary which was well attended by dignitaries including Benue Governor. The 10th anniversary was Themed: “Grass To Grace.” 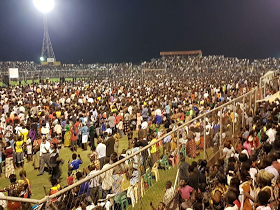 “I started my church 10 years ago with N250. I actually started in an abandoned and uncompleted building. The building was abandoned by the owner for the fear of armed robbers who had terrorized him.

“We held the first service by clapping our hands in the building. After the service, some women around that area mocked me. They did not know me, but I knew I was not a failure,” Iginla said. Iginla, popularly called ‘papa,’ ‘Ororo’ or ‘Oracle’ by the church members, however, said he was able to transform from what he called chronic-poverty because he was able to break satanic rules. Speaking on a message titled “Breaking Satanic Rules,” Iginla it takes militancy mentality, prayers and faith to break satanic rules. 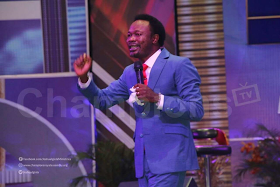 In his address, Ortom who unveiled 13 newly published books by Iginla, noted that the church and the cleric had been a blessings to his life. Going down memory lane, Ortom said recalled that dropped out of secondary school in 1970s out of poverty, but now he had held various political offices including Ministerial, Chairmanship and at present the state governor. 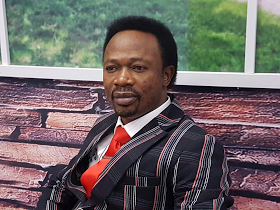