‘I Want To See Christians On MTVBase, CNN, Not TBN’ – Bishop F.E.B. Idahosa 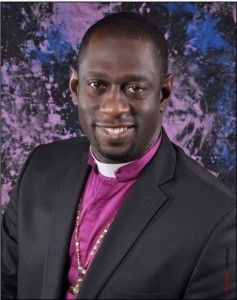 Bishop F.E.B. Idahosa, President of Benson Idahosa University and Bishop of Faith Arena, headquarter church of Church of God Mission, founded by the late Archbishop Benson Idahosa has challenged Christians to go into various spheres of public life as influencers who carry the light of God.

Speaking on Sunday during a sermon titled; “Faith of Our Fathers” at Holyhill Church, Abuja, Bishop Idahosa noted that the purpose of the church is not to raise Christians who will lock up their knowledge and abilities inside the church but to raise men and women who will carry the knowledge of Christ into the world.

He advocated for Christians to go into Nollywood, sports, entertainment, politics and governance to shape the trends and systems that influence the world.

According to him, “The faith of our fathers has opened the door for us and our message now makes sense. Our message is respectable but it is still inside the four walls of the church. We need to leave the four walls of the church. Come here on Sunday, come here on Thursday or Wednesday but leave here and take what you have heard to affect business, affect entertainment, affect sports.”

“Go into the sports world and when you score a goal, lift up your shirt and say ‘Holyhill Church, Jesus Loves You’. In those ten seconds, you have preached to millions across the world. This is why the urgency is there. You must beyond these four walls.

“Many people say if Papa was here, he would have been speaking about what is happening in Nigeria. Papa is not here anymore. But guess what? You are here. The only way for this nation to change comes by us having influence. That’s how you change a nation”, he said.

Laying emphasis on the message of Bishop Idahosa’s sermon, host pastor Sunday Ogidigbo of Holyhill Church encouraged Christians to go into secular fields of endeavour like music and entertainment with the light of God’s Word and as agents of the gospel of Christ.

He noted that the idea that everything Christians engage in must be “spiritual” has held a lot of Christians back from fulfilling their mission on the face on the earth. He likened secular music to farming, explaining that just as there is nothing like spiritual farming, secular music does not need to be “spiritual” to make or communicate sense. He however sounded a note of caution clarifying that there is good music, just as there is bad music, and good farming just like bad farming as is the case of those cultivating ‘Igbo’ (Indian Hemp).