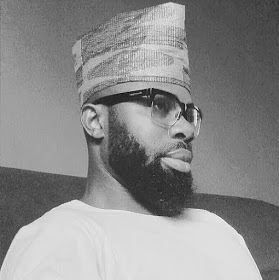 According to this Facebook user, Yemi Fetch
pictured above, he was asked to stop being a
worker in his church because he refused to shave
his beards. Read his experience below …

“I was once rejected in church because of
these beards of mine. Shave it or forget
about being a worker” they said. As
obstinate as I was, I knew I wasn’t going
to let anyone define me by my look, so I
left for good. You see, the church is an
institution, and every institution has a
system in place — a system of control.
Members are expected to devote
themselves to the system and abide by
the rules. But I hate rules. I felt
Christianity should guarantee freedom
from discrimination. I was wrong. I
expected too much. The church is a place
where you’re assessed before being
assigned a seat, respect is based on
social standing and you dare not open
your mouth to question authority. But I’ve
moved on. After all, Jesus didn’t die so I
could become a member of a church. So I
say, to hell with the system they put in
place to control minds. To hell with their
expectations of what a Christian should
look like. To hell with religion. Yeah,
sometimes I feel the need to enter a
serene place for worship, especially when
I need to converse with my soul. It could
be a mosque, church or even shrine….you
see, the universe pays attention to the
yearning of the soul without asking for
religious affiliation.