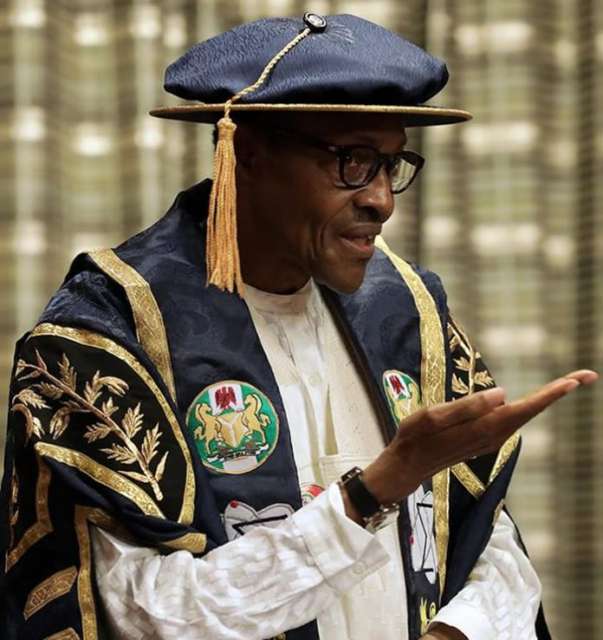 The cleric charged Nigerians to sustain their relationship with God through thanksgiving.

A cleric, Dr Onyechi Ikpeazu (SAN), has urged the Federal Government to establish National Thanksgiving Day, saying it was necessary for citizens to appreciate God for life and for the country.

“Government should make lives of the people prosperous enough so that they can continue with the act of thanksgiving,”Ikpeazu, the General-Overseer of Our Saviour’s Church, Onitsha, Anambra, said on Sunday.

Ikpeazu, who spoke with the News Agency of Nigeria (NAN) in Onitsha after the thanksgiving service to mark the 2016 annual harvest of the church, charged Nigerians to sustain their relationship with God through thanksgiving.

“I believe that we should designate a day and call it National Thanksgiving Day.

“At least, let it be symbolic and remind us annually that there is need to thank God, our mentors and leaders for being kind,’’ the cleric said.

On recession, he said things were stylishly getting better unlike some months ago when things were awfully bad economically in the society.

“Government has attacked recession in a subtle way; government has borrowed money and is still in the process of borrowing more money which is the way it can successfully tackle recession.

“Government should ensure that the value and purchasing power of the Naira is increased.

“The most significant aspect of it is that we need reorientation; that is, we have to cut down on our unnecessary vacations and expenses as a government and individuals,’’ the legal luminary added.

Earlier, giving a homily during the harvest service, Ikpeazu said thanksgiving opened doors and brings to fruition the blessings of God for man.

“As Christians, we need to spend more time in thanksgiving and prayer just as Jesus Christ did on earth.

“We should thank God for the sacrifice of his son who died on the cross for our salvation; thanksgiving also reflects on how we impact the lives of people around us,’’ the cleric said.

He decried the high cost of tuition fees in the educational institutions built by Churches, saying that it did not portray Christianity in good light.

According to him, everywhere we see Churches building universities that even the pastors and men of God can’t afford for their wards; that has nothing to do with Christianity.

In a goodwill message, Gov. Willie Obiano of Anambra, represented by the Secretary to the State Government (SSG),Prof. Solo Chukwulobelu, commended the Church for prayers offered for his administration.

Obiano appealed for more prayers and noted that thanksgiving couldn’t be complete if people failed to reconcile with their neighbours.