In Jerusalem: Archaeologists Find The Burial Place Of Jesus Christ 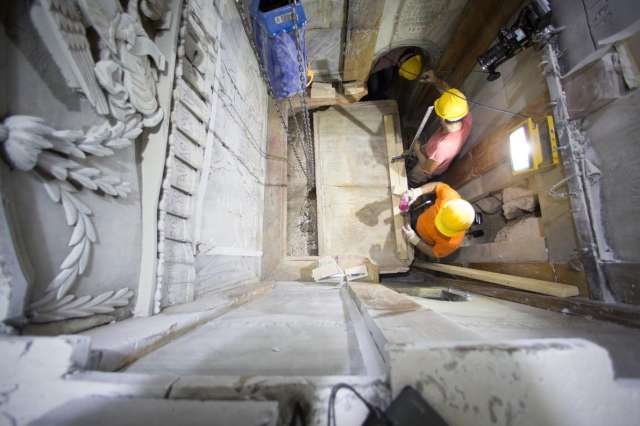 The place, believed to be, where Jesus Christ was buried has been discovered and is being restored.

The final resting place of Jesus Christ has been uncovered in the Church of the Holy Sepulchre in Jerusalem.

Christian Today reports that the Greek Patriarch of Jerusalem, Theophilus III, said the uncovering of the supposed location of the tomb in the complex called the Aedicule, was unique.

According to him, the “atmosphere was special. Here we have Franciscans, Armenians, Greeks, Muslim guards, and Jewish police officers.

We hope and we pray that this will be a real message that the impossible can become the possible. We all need peace and mutual respect”, he added.

Inside the church, where the burial place of Jesus is located

Jesus‘ burial place is being restored, while the church built in 1810 will be completely rebuilt.

Professor Antonia Moropoulou, the chief scientific supervisor of the project, spoke to the National Geographic on the renovation.

“The techniques we’re using to document this unique monument will enable the world to study our findings as if they themselves were in the tomb of Christ,” he said.

Fredrik Hiebert, the archaeologist-in-residence at the National Geographic Society, also spoke on the project.

“The marble covering of the tomb has been pulled back, and we were surprised by the amount of fill material beneath it.

It will be a long scientific analysis, but we will finally be able to see the original rock surface on which, according to tradition, the body of Christ was laid”, he added. 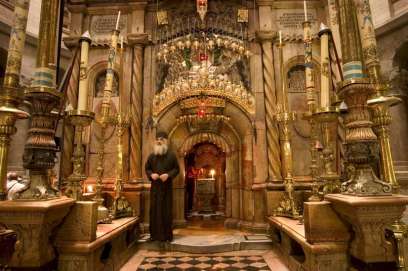 The restoration of the supposed location of the tomb of Jesus is estimated at $3.4M and should be completed in 2017.