In Kaduna: Churches Drag El-Rufai To Court Over Regulation Of Preaching 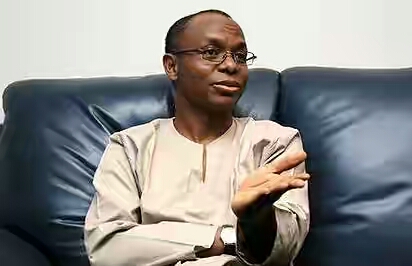 KADUNA—The Pentecostal Fellowship of Nigeria, PFN, has instituted a case before Justice Hajara Gwadah of Kaduna State High Court against Governor Nasir el-Rufai and two others.

PFN asked the court to declare as null and void a controversial executive bill before Kaduna State House of Assembly, which seeks to strengthen a moribund 1984 Kaduna State law that regulates preaching in the state.

Gov. Nasir-El-Rufai
The case, filed by President of PFN, Professor (Rev) Femi Ehinmidu, through the Counsel of PFN, Sunday Akani, joined Kaduna State House of Assembly and  Attorney General of the state.

The PFN filed the case on August 12, and it came up for hearing yesterday.

In the suit, the PFN, made up of all Pentecostal churches in Nigeria, is seeking the enforcement of its fundamental rights “as guaranteed under Sections 38(1), 39(1), 40(1), and 42(1) of the 1999 Constitution as amended and under the African Charter of Human and Peoples Rights.”

It wants the courts to declare that “the Bill for a Law to substitute the Kaduna State Religious Preaching Law 1984, sent to the House of Assembly of Kaduna State by the Governor Nasir el-Rufai is a violation of the applicant’s fundamental rights of freedom of religion, association and discriminatory as guaranteed by Constitution.”