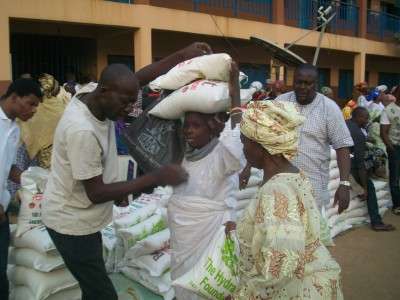 Over 50 widows at the Christ Evangelical Church Ministry in Sabon Tasha, Kaduna, have received bags of rice and other food stuff.

Instablog9ja reports that the donation was made by a Muslim woman named Hajiya Ramatu Tijjani, who is a peace ambassador. 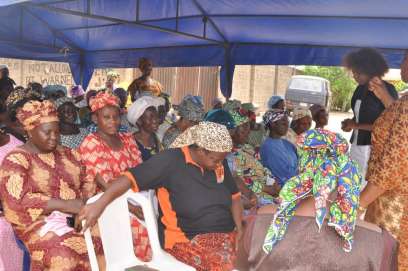 Widows in Kaduna get rice, other food stuff 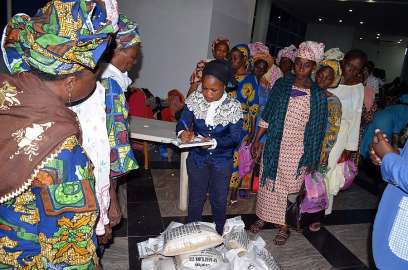 Tijjani said that the donation was for the women and their families to celebrate Christmas properly.

She also said that this period is an opportunity for Muslims to show Christians that Islam is truly a religion of peace and love.

The ambassador added that she hopes to reduce the hardship for widows, while strengthening a peaceful co-existence among people of different religions.

She appreciated the G.O of the church, Pastor Yohanna Buru, for inspiring her by distributing foods and drinks to IDPs, the destitute and inmates during Ramadan. 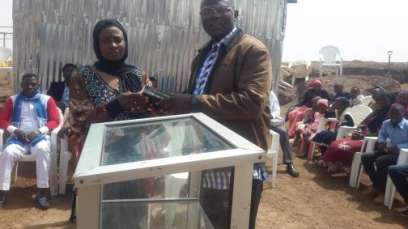 “He was always serving cooked foods and drinks to widows and orphans during sallah celebration also,” Tijjani said.

Widows in Kaduna get rice, other food stuff

This is not the first time she has shown this type of remarkable act of kindness towards Christians.

On January 31, 2016, the ambassador, along with other women, donated bibles written in Hausa, praying mats, and plastic kettles after attending a Sunday service at the same church.

“I attended the Church service and give my own donation like every christian just to encourage religious understanding and tolerance between Christians and Moslems for peaceful coexistence in the country and the world at large,” Tijjani said.

This donation was done during the International Interfaith Harmony Week.