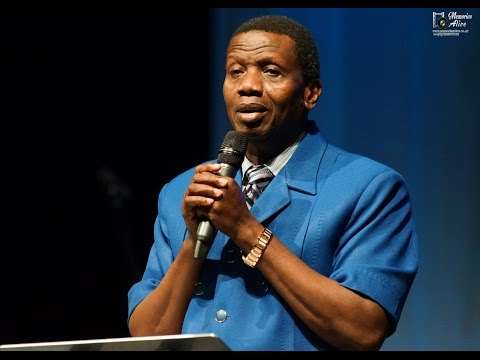 A former pastor at the Redeemed Christian Church of God (RCCG), Bayo Akinjiyan, has reportedly accused the church of withholding his N2.1 million consultation fee, which was payment for a project he was hired to do for the church.

According to Sahara Reporters, Akinjiyan said the church also refused to acknowledge the receipt of a building forfeited to it after he resigned.

Speaking at a press briefing on Wednesday, August 10, the former pastor said that for over 23 years that he was a member of the church, he was contracted for different projects, including Christ Redeemers College (CRC), a private secondary school operated by Christ the Redeemer’s Ministry.

According to him, the church failed to acknowledge
the receipt of a building, valued at N15.5 Million, which he built at plot 15 Diligence Road, Redemption Camp Estate, Redemption Camp, Lagos-Ibadan Expressway.

He said he had signed an agreement with the church that if for any reason, he leaves the church, the house will become the property of RCCG. This is on the principle that whoever owns the land, owns whatever is on it.