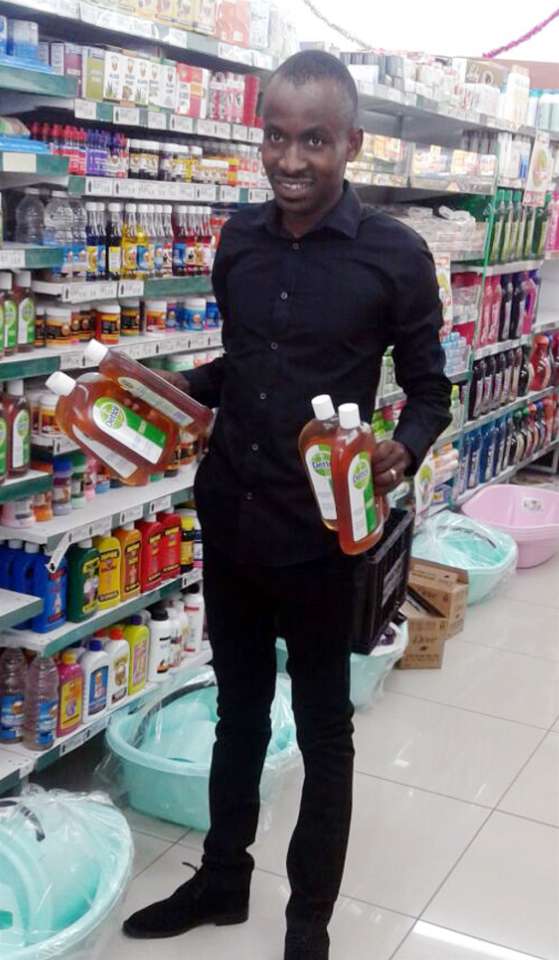 Dettol S.A has warned Prophet Phala to stop using the liquid on his congregation. In spit of this, he has gotten more bottles

Prophet Rufus Phala of the Spiritual Christian Church in Makgodu Village made the news for making his church members drink Dettol.

According to him, he chose this liquid because it would heal all forms of sickness, adding that God told him to use it.

“I know Dettol is harmful, but God instructed me to use it. I was the first one to drink it,” he stated.

This caused an uproar on the Internet as a lot of people were uncomfortable with this new miracle tool.

Prophet Phala has ignored all of this and bought more bottles of the liquid.

In fact, Daily Sun SA reports that he has bought five new bottles!

The website says the pastor is not stopping anytime soon due to the numerous testimonies received from the congregation.

“After last week’s service I have been receiving amazing testimony from members of my church,” he said.

Prophet Phala has received a lot of major backlash from many people including the makers of the antiseptic liquid.

In a statement from the company, Euphemia Annor, the regional legal director of Dettol South Africa, said: “Dettol has been proved to be safe and effective when used as per recommended directions; however it is not for human consumption and is for external use only.

We are against Prophet Phala using the product inappropriately.”

“If it goes into your stomach and gets absorbed into your body, it decreases the amount of oxygen in your system. This might cause to you collapse and die.

If you vomit the liquid into your lungs, it causes aspiration pneumonia. Your lungs will get swollen and you won’t be able to breathe,” he stated.

None of these statements seem to have stopped the pastor.

Do you think he will ever stop