Incredible: Man Asks For Jesus’ Phone Number After Hearing Of Him For The First Time! 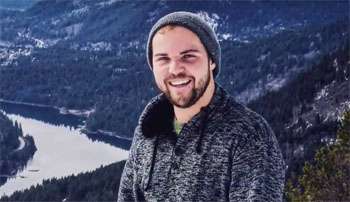 A man in Sydney, Australia, has done something that is almost unheard of in the Christendom.

According to God Reports, the man named Mark shocked aYouth With A Mission (YWAM) team member by asking for the phone number of Jesus Christ, after hearing of him for the very first time!

Blair Coyle of YWAM’s Music & Arts Discipleship Training Staff said he was shocked by the whole conversation, adding that it proves that people are hungry for the Word of God.

Here is how the conversation went, after Blair introduced himself to Mark.

“What do you do?” Mark asked. “I travel around and tell people about Jesus,” Blair said.

“Who is Jesus?”, Mark asks. Blair goes on to describe his personal relationship with the Son of God, after the shock wears off, adding “He speaks to me.”

To this, Mark says, “Wait, Jesus is alive? Jesus speaks to you? How does this work? What is the last thing He spoke to you?”

Blair responds by saying that Jesus sent them to theBlacktown station to share the good news.

He goes on to share the whole Gospel with Mark, who was“completely blown away” and had a lot of questions.

Afterwards, Blair asked if he could pray with him. Mark smiles, then agrees.

“What are you feeling?”, Blair asked, after praying. “I feel a warmth inside,” Mark replied.

“What you’re feeling is God’s Spirit touching your heart,” Blairexplained.

To this explanation, Mark asked, “Jesus wants to give me joy, peace, hope, and a new life? He wants to be my comforter and my friend? He wants to talk with me?”

After Blair nodded, he said, “Sounds like a great deal! How do I receive this? Do you have his phone number and contact details?”

“He is right here with us,” Blair said, after laughing.

Mark goes on to accept Jesus as his Lord and Savior, afterBlair prayed with him.

Afterwards, Blair said his meeting with Mark made a profound impression.

“I couldn’t believe what had just happened. Never before had I talked to someone who was so open to the gospel as Mark had been. During our conversation, he made it clear to me that his impression of organized religion was that it was simply a money making scheme. He obviously had heard a lot of negative things about monetary misuse in the church, which had formed his opinion on religion as a whole.

When I told him that I don’t get paid, and I was simply there to bless him and share Jesus’ love with him, he was dumbfounded. My encounter with Mark showed me that people in this world are hungry for the Gospel. People are longing for a raw and powerful experience of a loving God. God is looking for individuals who are willing to follow His call and step out in obedience. Are you willing to lay down your life, so that others may know the hope that is available to them?”, he asked.

Wow, this whole story is incredible!