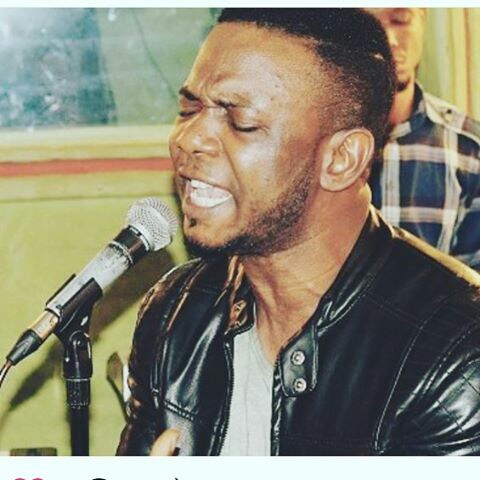 It was indeed a great time I had chatting with the amazing Man with the Golden Voice, Chris Shalom this Sunday. How did I even get to know him sef?

Okies, soo I have this friend who asked me to listen to a song one day. He told me that I was going to like it, so I obliged! I found a way to get the song and I listened and somehow, I kinda liked it so it automatically got on my playlist. Then I didn’t even know the song had gained so much ground until one day I overheard a conversation where two people were arguing over the ownership of the song. This song I’m referring to is “You Are The Reason”.  Then I was like, ah ahn, but its Chris Shalom that sang the song na, why the argument? My journalistic skills sprung up as usual and I began to do my little research on the song. It was then I found out that the song had quite a number of versions and people attributed the originality to two people; that got me wondering.

Anyways, it was on this premise I started off my chat with Chris Shalom as I asked if he really is the original composer and then he carefully explained that the first version of the song was written in 2010 and it took him 30 minutes to write, produce, mix and, master the song. I was wowed, because I kinda thought the song probably had a story behind it since it just spread soo fast.

Am a very curious young lady and I asked if his real name is Chris Shalom and then he gave me the history behind the name. Chris Shalom who is a twin from Kogi state was originally born Hassan Abdulsalam to a Muslim father and a Christian mother. So one day, he wondered what he would change his name to since he had given his life to Christ, Christopher popped up and Shalom also popped up after he had taken out time to seek God’s face and that was how the name, Chris Shalom came to be!

Wondering how he got into music?, he mentioned that his mum was part of the choir and at age 9, his choir master heard him sing one day and he decided to include him in the choir then. He was so descriptive as he vividly remembered how they tried to robe him and the robe was soo big that they had to like do some ‘surgery’ on the cloth just for him to join the choir to sing. Professionally though, Chris has been ministering through music since 2005.

When asked how being a worshipper has shaped his life, he said that it has really helped him in his personal relationship with God and this also makes him more sensitive to his environment. Someone also asked him about the people he looked up to as a musician and he mentioned the likes of Donnie McKlurkin, Ron Kenoly, Don Moen… and he also said he was a big fan of Boys II Men that there was even a time when his pastor started calling him Boys II Men because of his love for them.

It was really a great time we had chatting on the radio that he didn’t even know time had elapsed.

For me, I learnt more about just yielding to the call of God upon your life and just allowing God to use you the way He has planned it; sometimes, we have our own plans that we feel we have to achieve, which isn’t on God’s list but many times, as Christians that we are, we just have to step down for God to step up fully in our lives and watch Him transform us into shining lights for His glory!