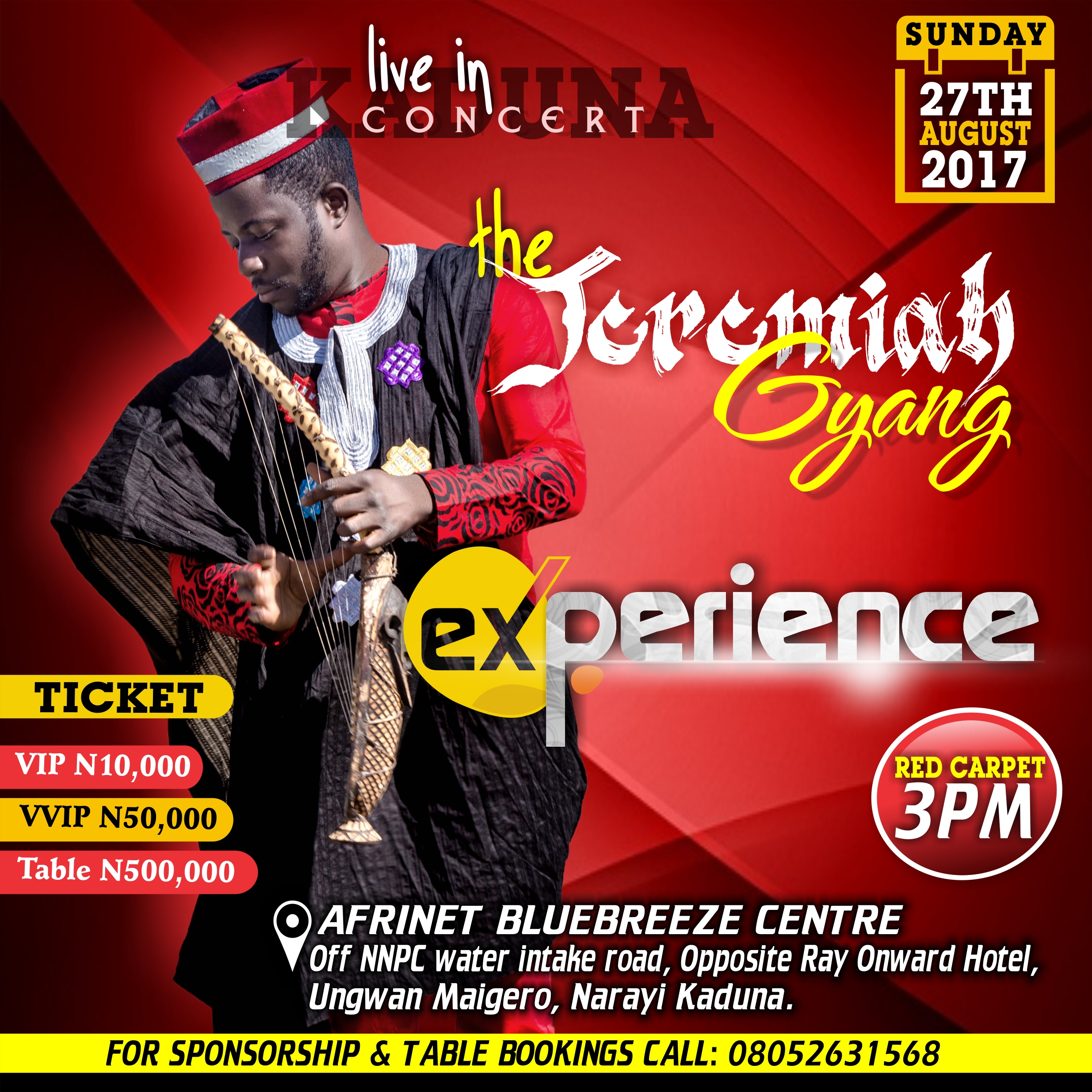 Nigeria’s finest musician Jeremiah Gyang is set to thrill the Kaduna audience with the best of live musical performance – one that Kaduna have not seen before. The first ever Jeremiah Gyang Live in concert in Kaduna tagged ‘The Jeremiah Gyang Experience’ is one Kaduna will not forget in a hurry.

Jeremiah Gyang was earlier in Kaduna a week before to inspect venue, equipments and made media rounds at top radio stations – he was featured in the Kaduna most popular programme on radio – ‘Oga Driver’, he also paid courtesy visit to Kaduna State Ministry of Youth, Sports and Culture and the Ministry of Industry, Commerce and Tourism where he was received by Commissioners and top directors – he mentioned that the goal of the concert was to promote peace and also make Kaduna a destination of high value entertainment activities, he also paid a visit to the Yasmin Foundation’s Creative Court in Kaduna which is the project of Her Excellency Hadiza El-rufai the wife of the executive Governor of Kaduna State. Addressing a press conference, he called for peaceful coexistence amongst Nigerians and also reiterated that his weapon against war is his music.

During the period, he paid a surprise visit to one of biggest fans – Damaris Magani, who was celebrating her birthday; she was so surprised and shocked when he came visiting. He also made unscheduled and surprised appearances at events that happened in Kaduna last weekend, which included the opening ceremony of the Kaduna Arts and Culture Fest – KADFEST 2017. His numerous fans were so happy seeing their beloved super star.

The Head of organizing – Mr. Nentawe Gomiyar have assured all the guest attending the concert that all have been put in place to ensure that they enjoy the concert, it is a concert for the whole family and adequate security arrangements have been made while the sound engineers have been working round the clock since on Wednesday to ensure that they have a good experience. Other artistes performing at the concert are ‘Rubunu’, ‘TJ Davids’, Mr. Perculiar and ‘EFF – Ell’

A message from Jeremiah Gyang is – ‘Kaduna get ready!’