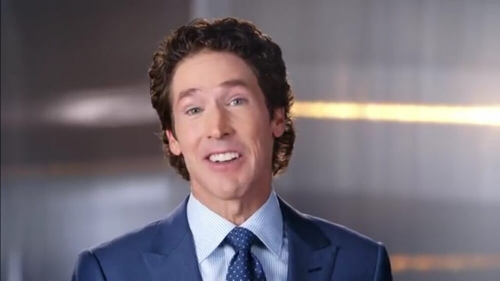 Pastor Joel Osteen of Lakewood Church in Houston, Texas, has spoken out about the racial and religious tensions in America following the election of President Donald Trump in January, and said that the way forward is for people to become peacemakers.

“We would respect each other even when we don’t agree,” Osteen urged in an interview posted in The Atlanta Journal-Constitution on Wednesday. “Because we’re never going to all agree on everything, but I think we can still treat each other with respect.”

Osteen has the largest congregation in America, according to 2016 statistics from sources such as Church Growth Today, gathering 52,000 weekly attendees. Lakewood’s church membership is also diverse, composing of whites, African-Americans, Hispanics and others.

Organizations such as California State University’s Center for the Study of Hate and Extremism have said that hate crimes in America, especially against Jewish and Muslim people, have been on the rise in several big U.S. cities before and after the 2016 presidential election cycle.

Osteen said that his prayer in response to such division is for people to become “peacemakers.”

“I think it starts on the individual basis, one on one. Can I befriend somebody? Can I be a part of a solution and not the problem?” the megachurch pastor posed.

The Lakewood Church leader largely stays out of politics, and did not endorse a candidate during the 2016 cycle, but didshare a prayer for America on Election Day on November 8 last year.

The pastor cited 2 Chronicles 7:14, which reads: “If my people, who are called by my name, will humble themselves and pray and seek my face and turn from their wicked ways, then I will hear from Heaven, and I will forgive their sin and will heal their land.”

When asked in a previous interview with NewJersey.com about the negative tone of the presidential elections, he said that he preaches a message of being respectful and staying full of joy and staying positive.

Osteen is set to lead his annual “America’s Night of Hope” evangelistic event in Atlanta in September. He said that his ministry looks to encourage and inspire people in their faith.

“It’s an uplifting evening. It’s fun for the people that are ‘churched’ but it’s really aimed at people that weren’t raised in the church like me,” he said about the upcoming “Night of Hope.”