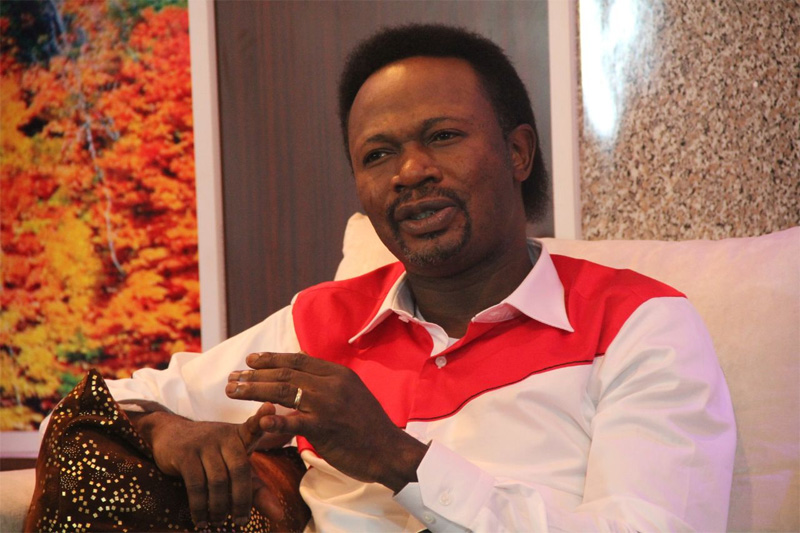 Just like some weeks back, Popular Abuja-based
Prophet, Joshua Iginla has done it again. The
prophet has once again shown to the world what
the real gospel preaches about humanitarian
services.

It has been a culture for him to give to the needy,
help the poor, and this has been a major trademark
for his ministry judging by what he has been doing
since he started. Checks revealed that he has given
about 500 exotic cars out to Nollywood actors, the
needy, and financial assistance to several people.

During the church service on Sunday, September
11, 2016. He shocked the congregation when he
called out a widow, fondly called Mama Twins and
gave her an exotic classy Toyota camry and cash
gift of #200,000. 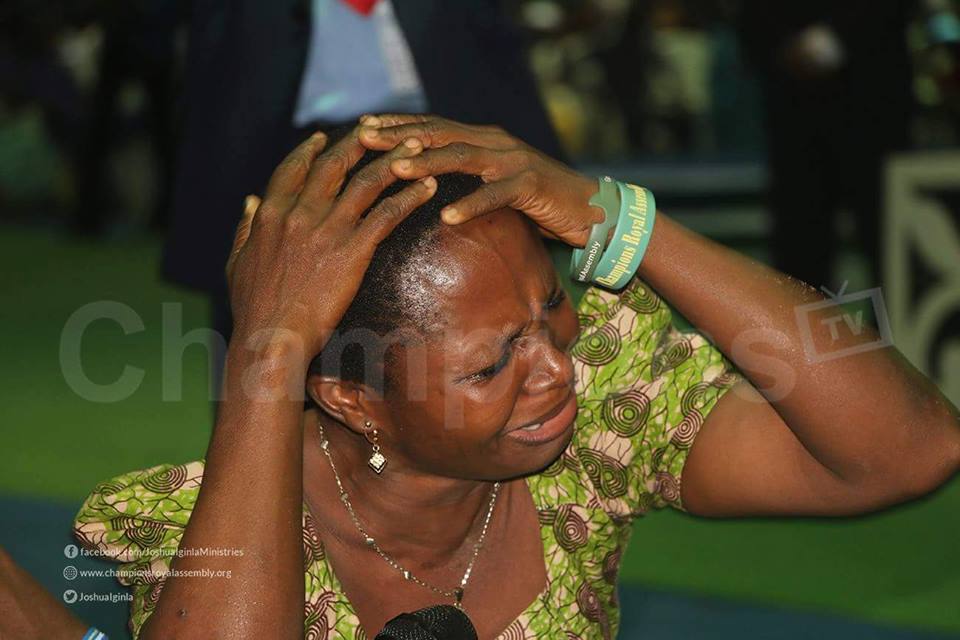 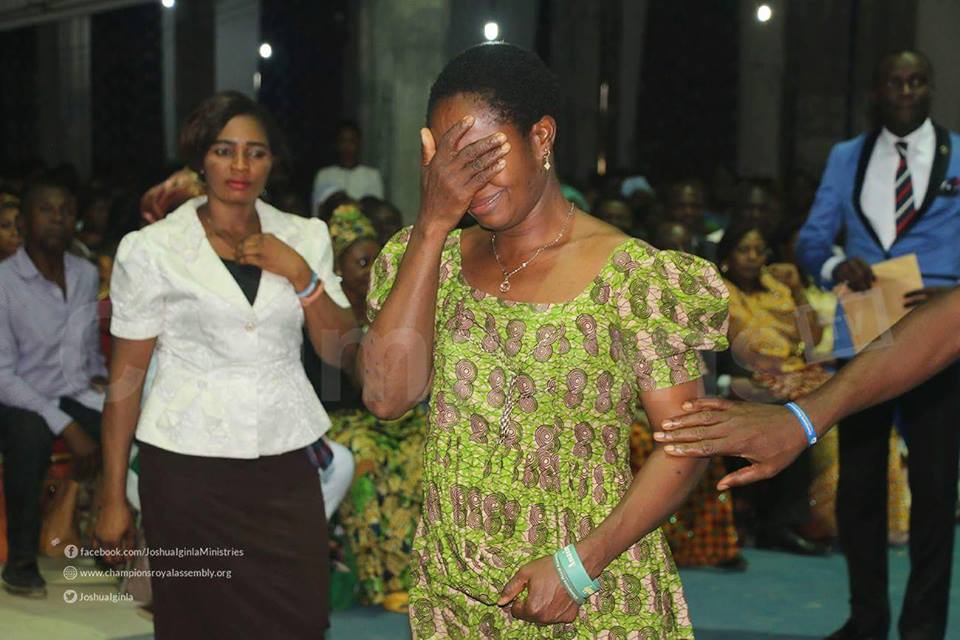 As if that wasn’t enough, he also gave her
automatic employment and placed her twin boys
on a life academic scholarship.

The widow, who has been a member of the church
for some time and has been committed to God’s
work couldn’t help the situation but cried in
amazement and Joy. 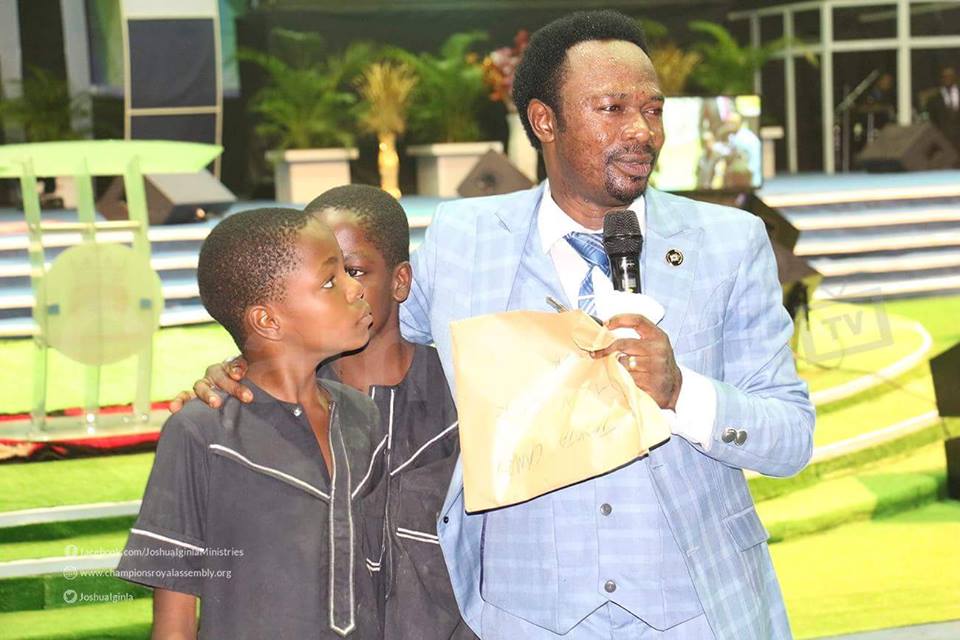 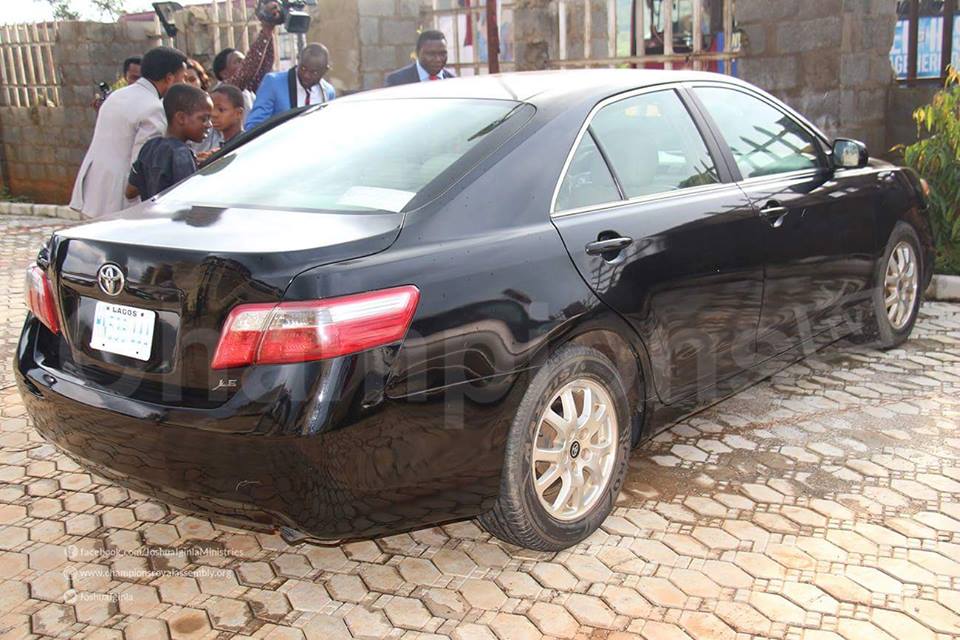 Similarly, It was a day of double package as Hon.
Professor Ehimare David, who is a centenarian, an
astute politician and a retired lecturer, wasn’t left
out in the action.

He was just a visitor who felt he needed the special
touch of God’s hands through Prophet Joshua
Iginla and to his great astonishment, God
remembered him during the service. 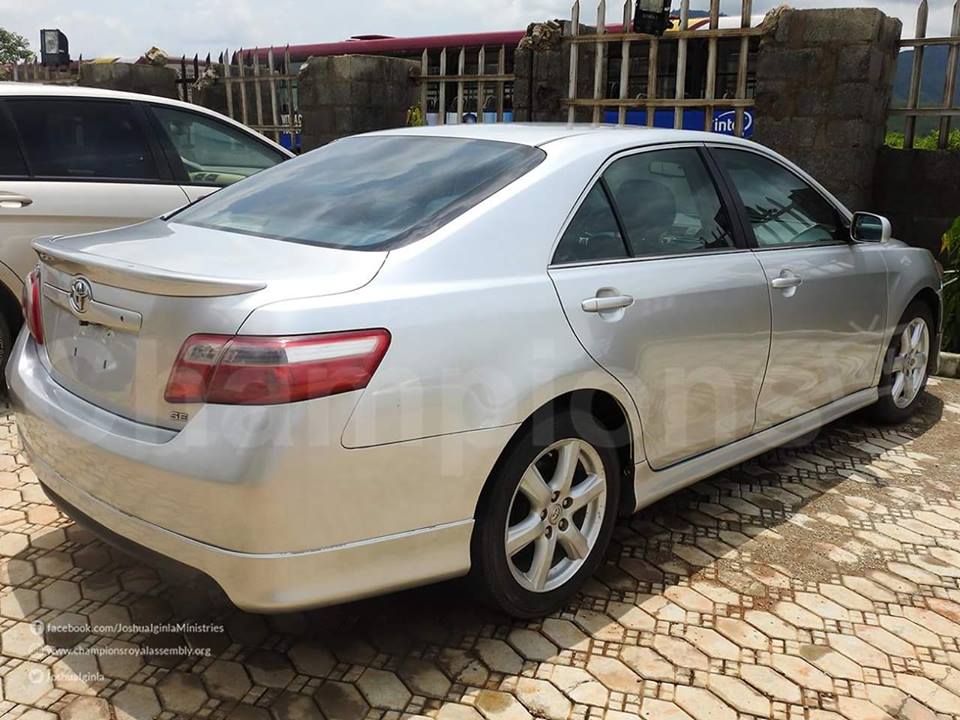 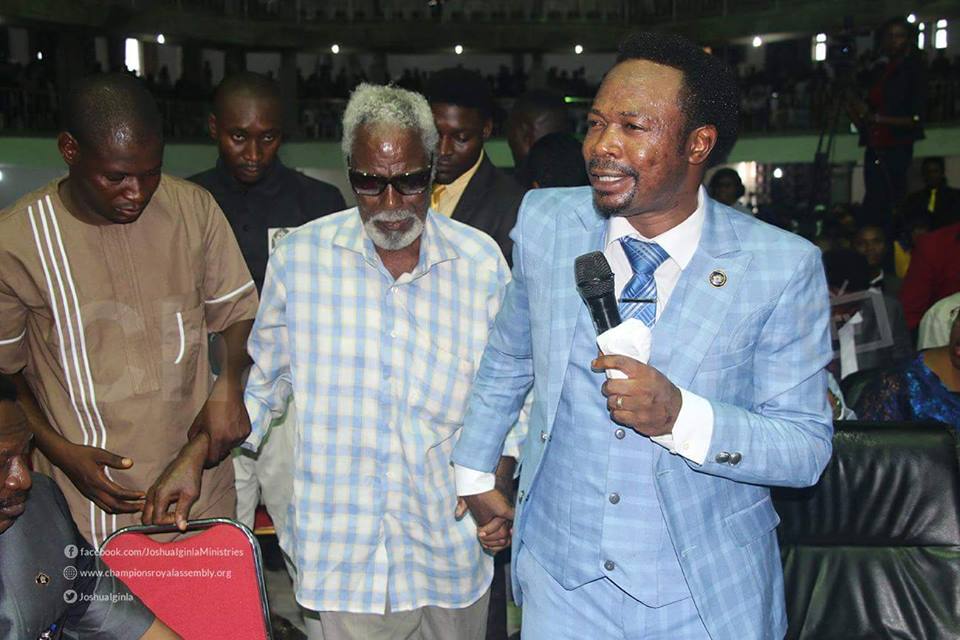 Pa David Ehimare, from Uromi, Edo state, in the
South Southern part of Nigeria, was located
prophetically, prayed for by Papa Iginla and was
blessed with a brand new Toyota Camry SE. Not
ending at that, Bro Joshua Iginla also placed the
centenarian on a life salary noting that as what the true Gospel of our Lord Jesus is all about 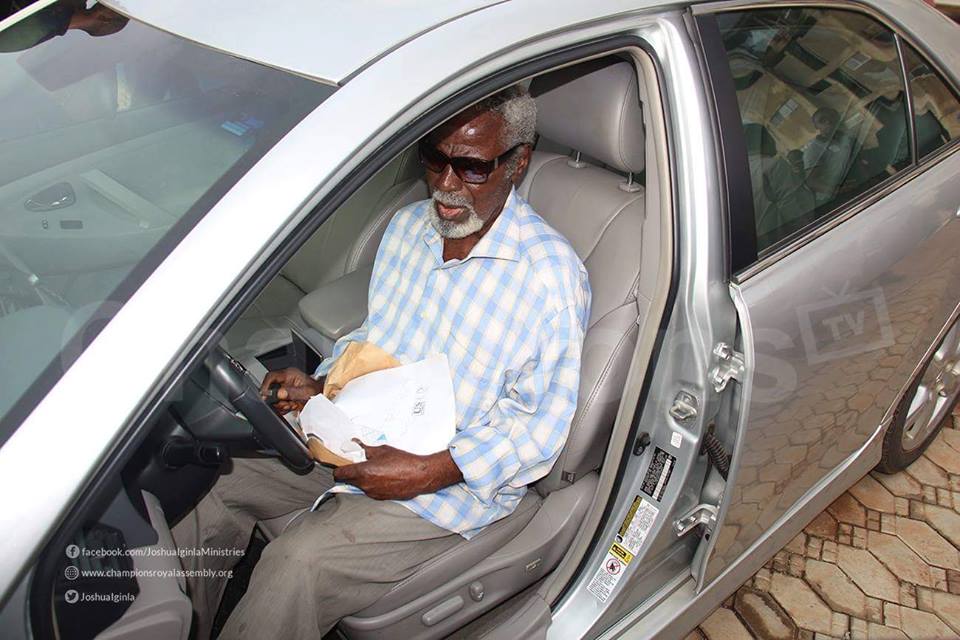 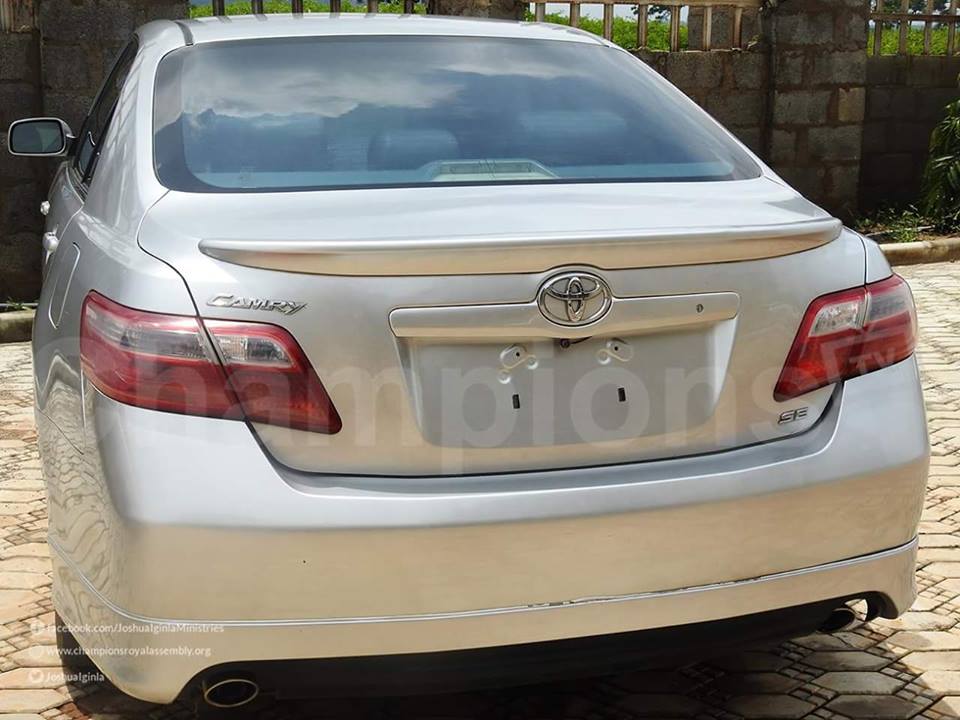 Meanwhile, the clergy also proved his prophetic
prowess as Gods Oracle by rescuing a popular
Pastor, Ayo Aluko, from the hands of deadly
kidnappers, who almost wasted his life.

The Pastor, who shared the testimony during the
service explained that he went through what
Daniel experienced as recorded in the bible. He was
full of praise to God and to the Man of God for being
a true prophet of God.

Speaking further, he revealed that Prophet Joshua
Iginla, on May 21, 2016, prophesied to him about
the evil occurrence that is about to happen and also
prayed for him to avert it, which by the Grace of
God, was averted.

The Prophet told him that he saw him with a
particular cloth which he wore on the day of the
Prophecy, in a pool of blood and that he died but
he told him that as long as he is still alive, He ( Ayo
Aluko) will not die. He held to the word, which gave
him the needed encouragement at that time.

Narrating His experience, he said few days back he
was kidnapped along Kogi Abuja express road by
a gang of 16 daredevils in army uniform. He was
ordered into the bush and saw horrible things. He
was put in a river with only his neck up and every
attempt to breathe was almost impossible. As if that wasn’t enough, he was tied and made to trek in a
heavy rain. After they untied him, they shot him
with their gun but he didn’t die.

Furthermore, his hand was lifeless and was in a
pool of blood but miraculously, he didn’t die/ He
was still made to trek for 8 solid hours and when it
got to the third day,they told him their boss is
coming and whatever he says is final, even if he
says they should eliminate him.

They also revealed to him that they’ve made
attempts to kidnap him several times but he’s
always disappearing. They said they will either take
his life or his private part.

To cut the long story short, Their boss came and
mere looking at him, he asked him some questions
about his family and kids, which he answered and
Miraculously, the man told him to stand up but he
couldn’t because he lacks strength at that point and
the boss himself came to him and raised him up.

The shocking part is that they asked for ransom but
he was released and even when he was going,
they ran to him and gave him money.

The miraculous thing about it was that the same
day he was rescued, his wife rushed to Champions
service at City of Wonders where Bro Iginla was
ministering . He paused and in full glare of the
congregation he declared that Pastor Ayo can’t die
because God has said so through him. He now declared via live transmission that if he be a true
prophet of God pastor Aluko should be released
immediately. And during his testimony he
confirmed that was the exact period he
experienced divine intervention that saved his life.