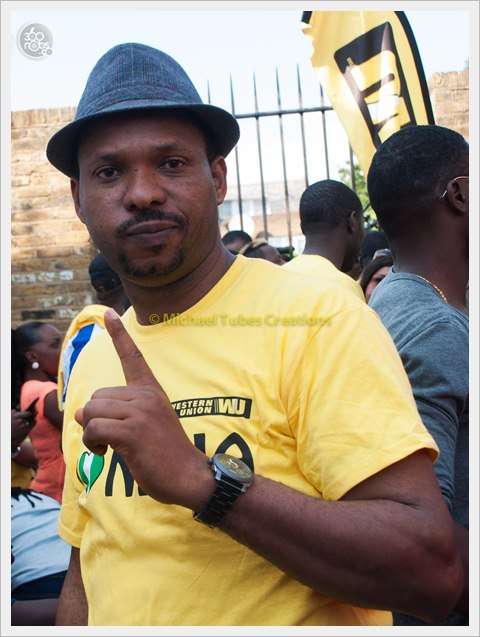 Alariwo of Africa was reportedly diagnosed with a
disease known as Varicocele, which is described in
medical terms as an enlargement of veins inside the
scrotum.

According to Punch, Alariwo said:

“People have been speculating about my health
lately. Some reports even said I was bedridden. This
is not true. I was not bedridden and I have never
been. But it is true that I am about to undergo
surgery.

I am still trying to find the right place to have it
done. I have to choose either India, Germany,
Israel, England or America. I have been taking
some drugs to slow down the pain in my scrotum
until I am ready to undergo surgery. All I just need
is enough funds to travel abroad and treat it.

I have been going through a lot, these past weeks.
My wife has been in the hospital for over one
month. She has been down with acute pulmonary
embolism. It has been very tough, but God has
taken control. The doctors at the Lagos University
Teaching Hospital said only a few people could survive the ailment. I am happy that she is one of
them.

But her treatment has cost me quite a lot of money.
I spent an average of N54,000 everyday for about
19 days. Apart from this, I was buying a drug called
Clexin at N37,000 for her every week.

She received a total of about 96 injections
altogether on her shoulder during the period that
she was undergoing treatment. And all that while, I
didn’t leave her bedside. I was with her in the
hospital.”

Before his wife’s case came up, the singer added,
he had planned to raise funds and travel abroad for
his own treatment. But, faced with a bigger
challenge, he had to sell his car in order to pay her
medical bills.

“Before now, I didn’t want to talk about my health
or my wife’s illness or the challenges I have faced
these past weeks. I had decided not to make my
problems known to the public for some reasons. I
guess the details were leaked through one or two
friends of mine that I whispered to and they were blown out of proportion online. I never made a
public appeal for funds nor called a press
conference for that purpose.
But it is when you find yourself in a situation like
this that you know those that are your true friends.
A lot of people were kind enough to provide support during the crisis. I am talking about people
like Ayo Animashaun, Otunba Sesan Rufai and
many others.”

The singer was full of praises for popular stand-up
comedian, Julius Agwu, who phoned a few days
ago to surprise him with a donation of $35,000.

“Julius is the only entertainer that has volunteered
to donate the sum of $35,000 to my cause. I was
shocked when he called to say he would give me
the money. Now what I should be looking for is the
balance. I want to thank him for this wonderful
gesture.” Other friends and colleagues of the Crossover king,
such as Agatha Amata and Dayo Adeneye, have
also expressed their desire to support his quest for
additional funding.

Alariwo still needs to raise some funds for his
planned medical trip abroad. He needs about
$130,000 for his own treatment and for what is left
of his wife’s bills. Meanwhile, his wife is said to be
getting better and responding to treatment.