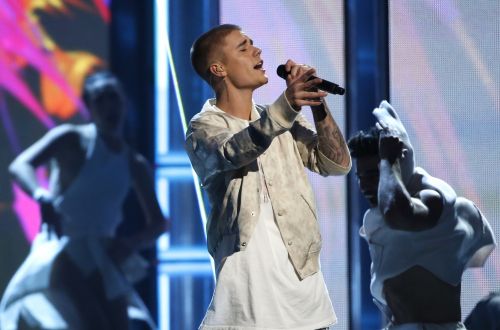 While Justin Bieber is known for writing about his
love for God on social media, he admits that
maintaining his relationship with the Almighty is
tough.

“I don’t always feel God’s presence, I feel it may be
human distractions or maybe I’m letting lies [deter]
me from accessing it. Regardless it doesn’t stop me
from seeking,” Bieber posted in an Instagram message. “Although it is frustrating I’m reminded
that relationships take work, even with God!”
https://www.instagram.com/p/BHVLksoBimo/
The 22-year-old Canadian pop star is on his
“Purpose” tour which he has given God the glory
for.

“I am so glad God is able to move even when
people are blind to it. I am the one on that stage but
I am nothing without a light shining through,”
Bieber wrote in an Instagram post last May.

“I’m such an average, ordinary person that doesn’t
deserve the praise. I believe it belongs to my God!”

He went on to give God more glory by adding,
“Thank you, God for showing up when we need
you the most!”

Earlier this year, Bieber told fans that no human
being should be idolized or worshiped.

“I just want people to know humans aren’t meant
to be worshipped. So when a human is being
worshipped, this is dangerous,” he told the Mirror last February. “It does nothing but give you pride.”

Bieber admitted to being afraid when people put
their faith in him, insisting that he is not God.

“I would really suggest to people, ‘Don’t put your
faith in me.’ Because I’m gonna disappoint you
every time,” he said. “Yeah. It’s scary. But I want
them to know that I’m not going to be able to solve
their problems. … I’m not that higher power

On his birthday last March, Bieber’s mother and
author, Pattie Mallette, prayed that her son would
encounter God.

“Lord encounter @justinbieber for his bday,” she tweeted. “Give him all I couldn’t in Jesus name.”

It was Mallette who gave Bieber his foundation of
faith at a young age, introducing him to his now
pastor and friend Judah Smith.

“When I was 7, she wouldn’t let me listen to
anything but Judah’s tapes falling asleep,” Bieber
previously told Billboard.