Justin Bieber Cries Out: I Wasn’t Comparing Myself To God 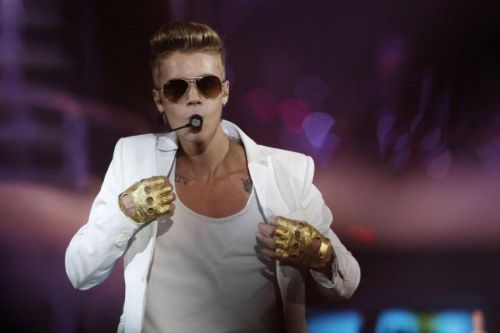 Pop star Justin Bieber has defended himself
after some fans accused him of comparing
himself to God on social media.

Bieber shared a photo of himself from earlier
this week sleeping with his dog and the
caption: “and on the 7th day […]”

The young pop star then received a rash of
criticism from some who thought the musician
was comparing himself to God in Genesis 2:2,
which reads: “By the seventh day God had
finished the work he had been doing; so on
the seventh day he rested from all his work” (NIV)

Bieber clarified his intent on Instagram on Thursday, writing: “AND MY GOODNESS I WAS
MAKING A REFERENCE, I AM NOT COMPARING
MYSELF TO GOD IM THE FARTHEST THING FROM!!!!
IT WAS MY WAY OF SAYING HOW IMPORTANT
REST IS.. WHEN THERE IS NOTHING TO PICK AT ME
FOR YOU MAKE SOMETHING OUT OF NOTHING BUT I GET IT YOU NEED RATINGS AND TRACTION
YOUR BLOGS. But if truthfully if you were
offended it was in no way shape or form me
comparing myself to the most high.”

The 22-year-old star has not been afraid to
express his evangelical faith before, and has
been open about his close friendships to
several prominent pastors, including Carl Lentz
of Hillsong Church in New York City and Judah
Smith of The City Church in Seattle, Washington.

When Bieber debuted his “Purpose” album
earlier this year in Los Angeles, he was
accompanied by Smith onstage as the two
discussed the new album and spirituality.

Smith has previously said that Bieber should
not be judged differently due to his celebrity
status, suggesting that the young pop star is
very similar to other men his age.

Bieber has been involved in some difficult legal
issues earlier, including being arrested in
Florida on suspicion of drunk driving, and
facing charges of vandalism.

“I think people would be surprised to discover
that their challenges and struggles are not too
dissimilar to us, average ordinary people. We’re
all looking for essentially the same thing and I
think that’s faith and hope and love and
meaning, and of course satisfaction, peace, joy,” Smith told Fox 411 last year.

Lentz also referenced his friendship with Bieber
in a social media post this week, posting a
photo of himself with the pop star and rapper
Lil Wayne.

The evangelical pastor wrote in the photo’s caption that Christians must avoid classifying people based on limited information, such as
their celebrity status.

“[…] Because these individuals are ‘well
known’, immediately it will elicit reactions […]
mostly harsh, because it’s easier/lazy to classify
that which you can’t fully understand, than to
pursue depth and reasoning. Projecting
insecurity and bad motives is a full time job for too many people..If they were not well
known’? Much more palatable for people!
Why? Because we classify that as well and are
not threatened by things that fit neatly into our
ready made classification prism,” Lentz wrote.

The pastor added that Christians must work
not to dispense love and grace how they see
fit, but how God sees fit, suggesting that God
distributes his grace “quickly and freely.”

“Should make it really easy for all of us who
claim to follow Jesus, to show grace and love
exactly how we were given it: freely and
quickly, regardless of our SHARED, INHERENT
‘class’. Sinners […] grace?? It changes the
story,” Lentz added.