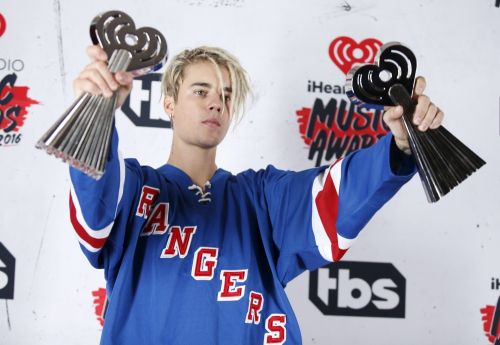 With the release of his latest album “Purpose,”
pop star Justin Bieber has been trying to turn
his bad boy image around by talking more
about his Christian faith.

In an Instagram post Tueday night, Bieber
encouraged his fans with Psalm 46:10, which
reads: “Be still, and know that I am God. I will
be exalted among the nations, I will be exalted
in the earth.”

“Remember there’s a God that loves you and is
for you. Be still in his presence. He will give you
true rest,” the “What Do You Mean” singer
wrote

Earlier this year, Bieber encouraged his
followers to start reading the Christian
devotional Jesus Calling, which has sold more
than 15 million copies worldwide.

During an interview with Complex magazine last year, the 21-year-old stated: “I just wanna honestly live like Jesus. Not be
Jesus. … I don’t want that to come across weird.
He created a pretty awesome template of how
to love people and how to be gracious and
kind.”

Bieber admitted in the same interview,
however, that he has often rejected his faith and communion with other Christians.

“Christians leave such a bad taste in people’s
mouths. I was like, ‘I’m not gonna go to
church.’ I had these church friends and I was
like, ‘You guys are cool, I like you guys, but I’m
not going to church,'” he said.

Bieber rose to fame as a teen idol at 13, but by
2011 he was equally well known for his antics
— smoking marijuana, vandalizing his
neighbor’s property, using racial slurs and
drag racing. But since that time he’s been work
hard to transform his life.

“He talked about the importance of maintaining
a positive spirit and surrounding himself with
encouraging people. He credited his
connection with God for helping him to get
back on his feet after a string of widely
publicised tabloid troubles. And when a fan in the audience — one of a dozen or so selected
by the singer’s team for a question-and-
answer session — asked if he had any advice
on how to get through a romantic breakup, he
demurred, flashing a bit of the humility that
every religious leader knows is crucial in establishing a bond with one’s flock,” the
Times reported.