Justin Bieber Praises God For Helping Him Be A Better Person 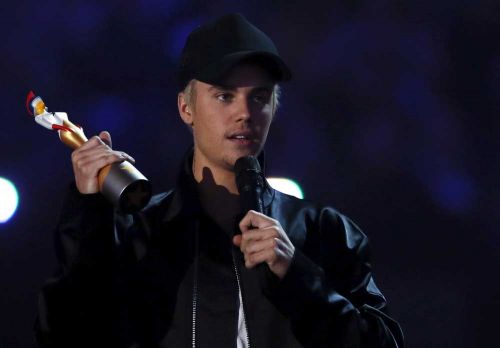 Justin Bieber thanked God for helping him
grow as a person after going through a dark
period where he rebelled against the world
while being scrutinized in the public eye.

The 22-year-old Canadian crooner won the
Male Artist of the Year award at the iHeartRadio
Awards in California April 3. There, he reflected
about some of the tumultuous experiences he
underwent in the public eye.

“Thanks to God… I’ve experienced some tough
times,” Bieber said during his speech, according to Yahoo. “I think all of us. It’s about just our growth and learning.”

The pop star started as a YouTube sensation
who rose to fame at the age of 15. In 2014,
Bieber had an especially tough year in the
public eye after he was accused of assaulting a
limousine driver in Toronto, egging his
neighbor’s home, being arrested for a DUI, questionable driving in Miami and allegedly
taking part in lewd acts like urinating in a
prison cell.

He previously spoke to the Mirror about the source of his behavior.

“I was rebelling against the world. I started to
believe the hype and was acting a certain way,”
Bieber said. “I was just being a jerk. I got so
involved in ‘me me me’.”

While the singer admits he has matured, he also
knows there is more work to be done.

“There’s so much I need to work on. And I’m
still getting days where I’m depressed and
upset,” he revealed. “But I know that I’m not
where I used to be. So that really keeps me
motivated. I’m not where I wanna be. That’s
kind of a cool little slogan I’ve been living by.”

However, he has publicly recognized that God
has made him a better person.

“I feel like that’s why I have a relationship with
Him, because I need it. I suck by myself,” he
said in a GQ magazine interview. “Like, when I’m by myself and I feel like I have nothing to
lean on? Terrible. Terrible person.”

The pop star admits he has been hurt by
people and recognizes that he cannot rely
entirely on others in the way he can with God.

“I’ve had people that burned me so many
times,” Bieber told GQ. “If we invest everything
we have in a human, we’re gonna get broken.