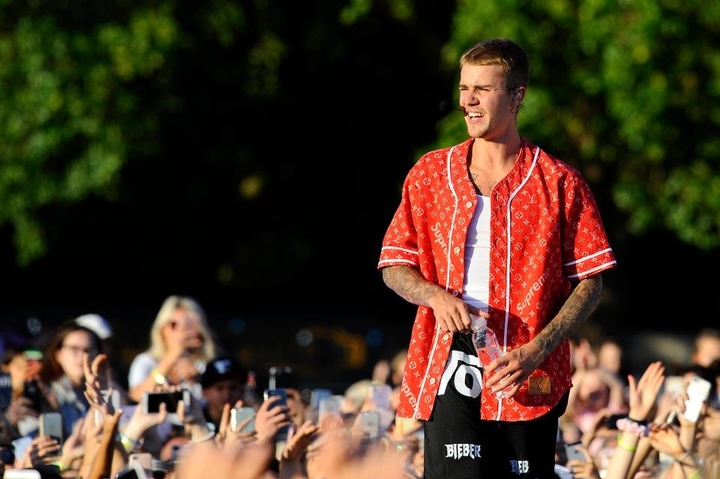 Justin Bieber continues to boldly live out his Christian faith, proclaiming Jesus’ power over the devil in a recent Instagram post.

On Monday night, the 23-year-old Despacito singer posted a video of himself dancing and pretending to sing along to the chorus of the Hillsong United song “Not Today.” He captioned the video: “Let the devil know NOT TODAY! The devil has no power when you know the LIVING God! His name is JESUS!! Why worry when you can worship.”

“Rich you never answer when we need you the most,” he jokingly captioned the photo.

The pop star has become increasingly vocal about his Christian faith in recent years, and even has “Son of God” tattooed across his chest and a large tattoo of Jesus on his leg.

Recently, Lentz referred to Bieber as a “good Christian” whose relationship with Jesus Christ is “changing his life daily”.

“I think that Justin is a good Christian. I don’t think his problems are behind him, but we all have to deal with other stuff to come,” Lentz told Sunrise last week.

“His relationship with Jesus is changing his life daily. It is one of those things where you never really get it, it takes a while to keep growing as a person. Every day he is getting older, and with each chapter comes new growth… This is what conference is all about,” Lentz added.

The pastor also hit back allegations Bieber was paid to attend the Hillsong conference: “We don’t pay him to attend. He comes on his own,” he explained. “This is a volunteer thing. He comes on his own. Everyone here would buy a ticket and be a part of it. He feels like it is a big part of his year.”

The pastor revealed that Justin “just listens” at the event: “He sings, does what everybody else does,” Lentz said. “He does not perform. He is not on stage, he is just a face in the crowd. His face is really recognizable but for him, it is just a chance for him to be as normal as he can.”

In 2015, Lentz recalled how Bieber got down on his knees, crying out that he wanted to understand Jesus. That night, Bieber was baptized in the bathtub of NBA center Tyson Chandler.

“This boy is 21. He’s in a horribly toxic world,” Lentz told GQ. “He is trying to do his best to figure this out. He has never been anybody but who he has professed to be, which is a work in progress.”

Bieber rose to fame as a teen idol at 13, but quickly became known for his bad boy antics -smoking marijuana, vandalizing his neighbor’s property, using racial slurs and drag racing.

Since embracing Christianity, however, Bieber told Complex this goal is simply to be more like Jesus Christ.

“I just wanna honestly live like Jesus. Not be Jesus. … I don’t want that to come across weird. He created a pretty awesome template of how to love people and how to be gracious and kind,” he said.