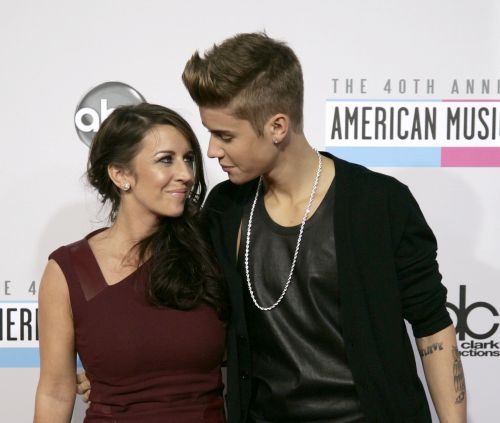 Pattie Mallette gave birth to Justin Bieber 22
years ago, and in a birthday message to her
son she asked God to give him everything she
couldn’t provide.

“22 years ago I
was 18 years old, pregnant and scared. But
God,” she wrote on Twitter. “Lord encounter @justinbieber for his bday! Give him all I
couldn’t in Jesus name.”

Mallette has witnessed her son go through
some tough times since rising to fame at the
age of 13. In 2014, Bieber had an especially
tough year after he was accused of assaulting a
limousine driver in Toronto, egging his
neighbor’s home, was arrested for a DUI and questionable driving in Miami, and allegedly
taking part in lewd acts like urinating in a
prison cell.

During an interview with Billboard last year, Bieber revealed that the behavior put a wedge
in the relationship he had with his mother.

“I was distant because I was ashamed. I never
wanted my mom to be disappointed in me and
I knew she was,” he admitted. “We spent some
time not talking, so it takes time to rebuild that
trust. She’s living in Hawaii now, so it’s hard,
but getting better.”

Still, Bieber praised his mom, saying she’s “an
amazing woman and I love her.”

It was Mallette who gave Bieber his foundation
in the Christian faith at a young age, and later
introduced him to his pastor and friend, Judah
Smith.

“When I was 7, she wouldn’t let me listen to
anything but [Pastor] Judah’s tapes falling
asleep,” Bieber told Billboard.

When Bieber was going through his rebellious
phase, Mallette refused to comment on her
son’s behavior while she was promoting her
2013 book, Nowhere But Up.

“He wants me to continue to respect his
boundaries and my relationship with him,”
Mallette told Access Hollywood back in 2013. “Everybody has their own opinion and
everybody wants to sensationalise everything.

“You have to sort of let them make some of
their own decisions,” she added. “Me,
personally, I would love to be with him all the
time and to be able to ground him and deal
with his problems and do all of that stuff, but at
some point the parenting style changes. I hope to still be a respected voice in his ear.”